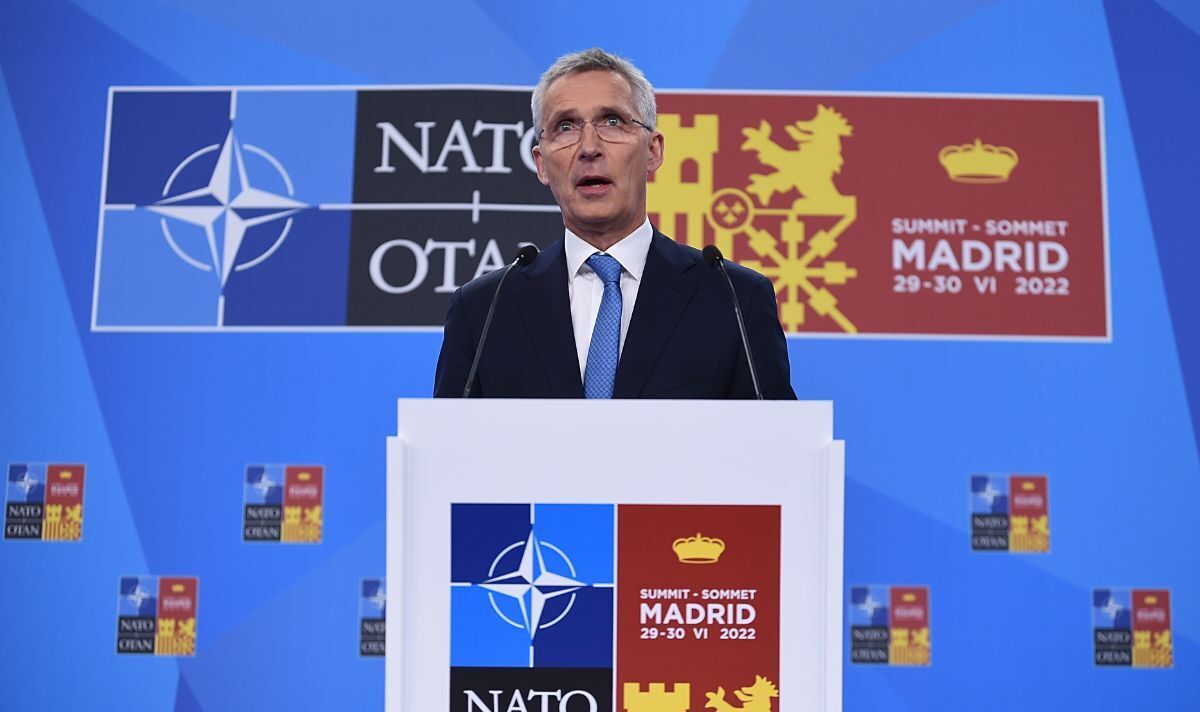 Ahead of the NATO summit in Madrid, the Secretary General of the Alliance, Jens Stoltenberg said it would begin reinforcing its border with Russia following the invasion of Ukraine. This comes as World leaders from the NATO defence alliance declared Russia a “direct threat” to their security at a summit in Madrid.

Mr Stoltenberg said: “We will transform the NATO response force and increase the number of our high readiness forces to well over 300,000.”

He continued: “Russia has walked away from the partnership and the dialogue that NATO has tried to establish with Russia for many years.

“They have choses confrontation instead of dialogue. We regret that – but of course, then we need to respond to that reality.”

Prime Minister Boris Johnson had initially been quoted as prepared to announce a “significant reinforcement” for Estonia, but this has now been altered.

The current rapid response team is made up of 40,000 troops and the new plan would not only see this figure increase sevenfold, but also warships and planes could be ready for deployment with troops to the east of NATO’s borders with 24 hours’ notice.

Officials from the UK have said they would not yet comment on the number of troops being sent as part of the 300,000-troop strategy, but it was initially thought that Britain would send 5,000.

Since Stoltenberg’s announcement, the enforcement of the plan has now been slowed after alliance members hesitated over troop pledges and has now been described as a work in progress.

Mr Stoltenberg said at the Summit on Wednesday that he was “confident” in his strategy and said that all allies are required to “contribute the forces they have promised to contribute”.

READ MORE: An American dream that turned into a nightmare

At the summit the President warned members that they must defeat Russia within a year to ensure it will not be seen as a collective failure and he also asked for more funding and weapons to help his nation’s defence.

He said: “Next year could be a worse situation – if no only Ukraine, but also several other states, possibly members of the alliance, come under fire from Russia.

“And then it will be our common failure – Ukraine and NATO.”