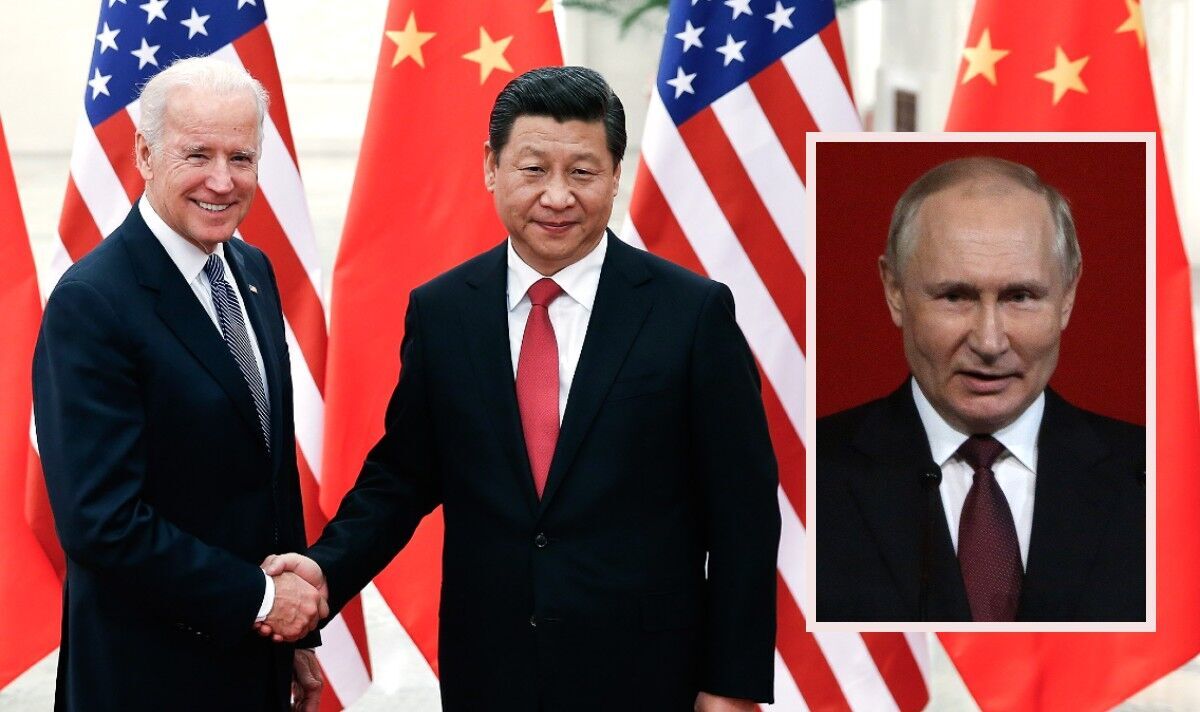 Western countries opposing Vladimir Putin’s invasion of Ukraine will face the “challenge” of coaxing Beijing into aligning with NATO, rather than Russia, in the next few years, a leading expert has told Express.co.uk. Shortly before Russian forces crossed into Ukraine in February, Putin and Chinese leader Xi Jinping declared a “no limits” friendship between their two nations.

The pact, which asserted “there are no ‘forbidden’ areas of cooperation”, was understood to be a joint effort to beat back the influence of the United States.

But Beijing’s relationship with Moscow is not steadfast, and the key “challenge” for the nuclear Western alliance in the next few years will be enticing China from Russia’s sphere, according to Professor Christopher Fettweis.

Xi has tread a cautious path for the past eight months over Ukraine, avoiding statements of condemnation or overwhelming support for Moscow’s war effort.

Yet China has frequently been called on to play a “mediating role” in the conflict, including by French President Emmanuel Macron earlier this month.

Professor Fettweis, US foreign policy and international relations expert at Tulane University, suggested Beijing could be “the big wildcard” for the foreseeable future, regardless of the outcome of the Ukraine war.

China will likely find itself between Russia and Western powers that cannot be seen to extending the possibility of normal relations to Putin, he argued.

After the end of the Ukraine war, Professor Fettweis suggested, “there’s going to be no Western leader who’s going to want to be seen” associating with the Kremlin.

He told Express.co.uk: “It’s going to be up to the Chinese to determine which side they want to lean toward.”

Beijing has refused to use the word “invasion” to describe Russia’s presence in Ukraine, opting to label the war a “crisis” or “situation”.

Russian state news agency TASS quoted Putin back in September: “We understand your questions and your concerns in this regard.”

But earlier this month, following the first face-to-face meeting between US President Joe Biden and Xi Jinping, the two countries appeared united in a condemnation of the threat of nuclear weapons being used over Ukraine.

Mr Biden praised the meeting as “open and candid”, with a White House reading of the conversation adding that the two leaders “reiterated their agreement that a nuclear war should never be fought and can never be won and underscored their opposition to the use or threat of use of nuclear weapons in Ukraine”.

The US President told the media from Bali: “We discussed Russia’s aggression against Ukraine [and] reaffirmed our shared belief that the threat or the use of nuclear weapons is totally unacceptable.”

The readout published by Chinese state media, however, placed far more emphasis on the “resumption of peace talks between Russia and Ukraine”.