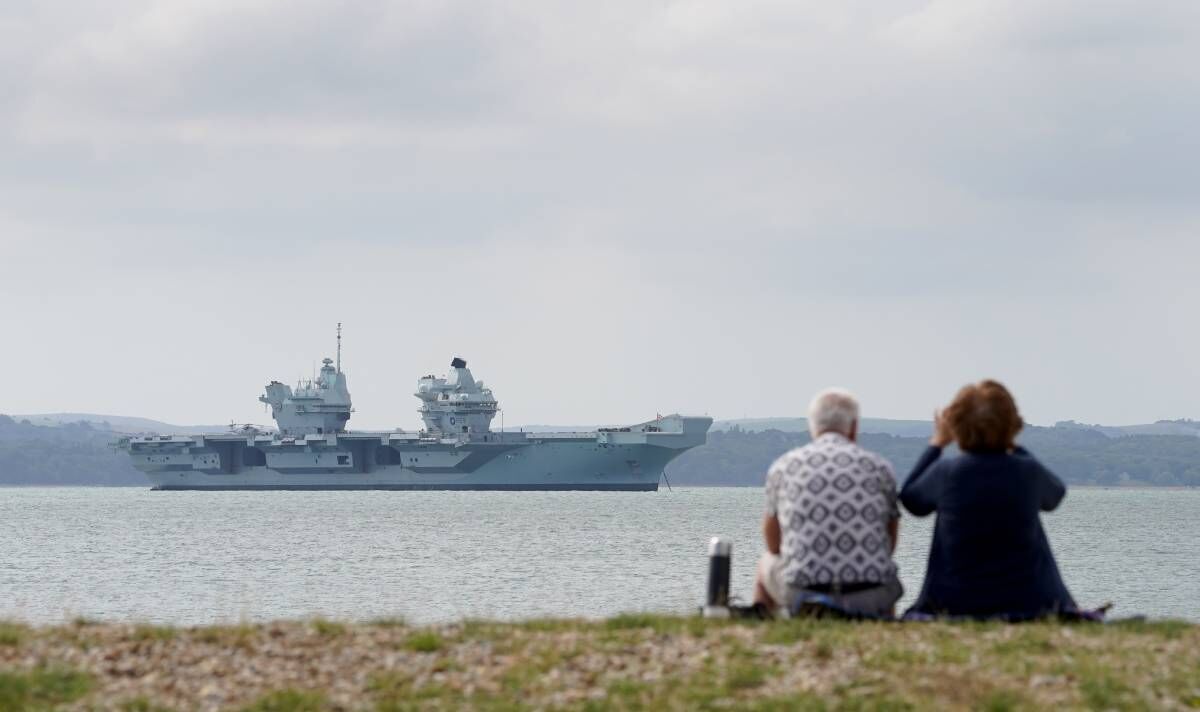 The carrier will remain laid up north of the Isle of Wight, pointing towards Stokes Bay at Gosport in Hampshire, while in-depth investigations are carried out. Sources have revealed Royal Navy divers, who it is understood have been photographing the problem area, completed their work yesterday so that the engineers can assess how to carry out the necessary repairs.

A Navy source said: “We’re not going to be able to move it for at least two days. You could probably do lots of damage.”

Officials compared the situation to a punctured tyre on a car. Theoretically, the car can still be driven but it could inflict harm to the wheel shaft and the wheel itself.

It is considered likely that the 65,000-ton HMS Prince of Wales will have to be taken to a dry dock so the issues can be rectified.

The fear is that the carrier could now miss important trials, involving F-35B Lightning jets, off the coast of the United States as it is assessed following the breakdown shortly after starting its voyage.

The carrier left Portsmouth Naval Base on Saturday before suffering a malfunction to its starboard propeller shaft.

Rear Admiral Steve Moorhouse admitted: “It is likely that the fault will require repairs which may impact the ship’s programme.

“The ship is now in a more sheltered anchorage for further inspection and then we will be able to provide further comment on the nature of the issue and the impact to her current schedule.

“We have reacted quickly to the emergent defect and are working closely with industry partners to resolve this as soon as we can.

“Rest assured, the Royal Navy continues to meet its commitments to deliver operations and to keep the UK, our partners and allies safe.”

The Nato flagship was meant to be sailing to undertake training exercises with the US Navy, the Royal Canadian Navy and the US Marine Corps – with the F-35Bs being involved.