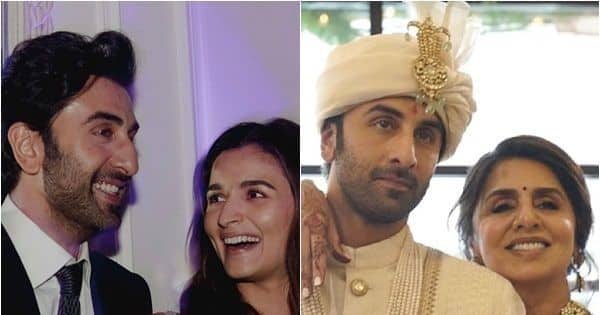 Neetu Kapoor is an extremely happy person to see her son Ranbir Kapoor as a married man and finding a loving partner in Alia Bhatt. Her joy is unmatched. She often gets asked about her equation with her daughter-in-law and her son. Neetu shared that ‘If you balance your love for your mother and your wife, it is always nicer’ adding that the problem arises when your son becomes joru ka ghulam after marriage. Also Read – Pathaan star Shah Rukh Khan, Shamshera actor Ranbir Kapoor and more Bollywood celebs who’re famous for being ‘Late Lateefs’

Speaking about what kind of equation with Alia, Neetu told The Indian Express, “People asked me how will be my relationship with Alia, and it will be be the same as it was for me and my mother-in-law. Alia is a lovely person. She is a beautiful, simple, uncorrupted human being. So, I feel the relationship between a mother-in-law and daughter-in-law is the husband’s fault. Because you love your mother so much, and jab tum joru ka gulaam ban jaate ho na, fir maa ko problem hoti hai. If you balance your love for your mother and your wife, it is always nicer. She will love you more. When you become too much of your wife, that’s when the mother feels… (Laughs).” Also Read – Shamshera: Ranbir Kapoor charged Rs 20 crore for the film? Checkout the fees of the entire star cast; you’ll be left amazed

When Neetu was further asked about Ranbir if she gets a feelings that her son is now married, she said, “I am not getting this feeling because my son is a very intelligent man, he balances his love. He doesn’t go all ‘mom mom mom,’ he may call me once in five days and ask, ‘aap thik ho na?’. For him to ask me this is enough.” Also Read – Shamshera Teaser: Ranbir Kapoor floors fans with his dacoit avatar in Karan Malhotra’s film; netizens say, ‘You Just Ate It’ [Read Tweets]

Talking about her equation with Ranbir, Neetu said that ‘Whenever I’d have any problem, I’ either call my mother-in-law or I’d call Ranbir’ because if something is troubling her from within, she feels heavy inside, so she needs to tell somebody.

Asked Neetu if she gives any marital advice to Ranbir and Alia, she said, “These days, you can give any advice to anyone, woh sab seekh ke aate hai. They’ll teach you, nobody listens to you. It is better to stay away from advising.”

Ranbir and Alia tied the knot on April 14 after 5 years of dating. Their love story started on the sets of their much-awaited film Brahmastra.