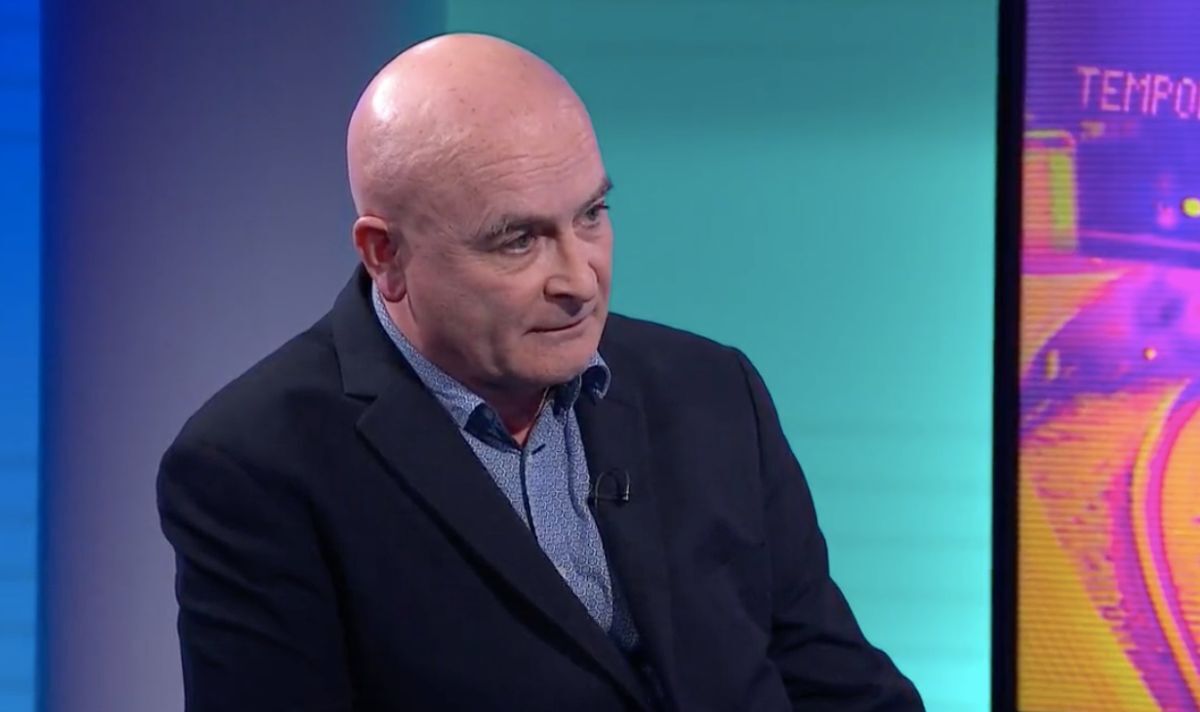 As a result of the protests this week, many of the rail networks and TFL train services will be severely delayed or entirely closed down, also impacting the bus routes and other transport links. RMT’s general secretary Mick Lynch said strikes will continue into the summer if the dispute over pay and job losses is not resolved.

Newsnight’s host Kirsty Wark spoke to both Mr Lynch and Tory minister Chris Philip after the programme received a Cabinet briefing of what will be discussed in Cabinet tomorrow morning.

The presenter said: “We’ve just had a cabinet briefing of what will be discussed tomorrow morning, and this is not just a dispute about wages, this is also about modernisation.

“The Prime Minister will say tomorrow at the Cabinet: ‘I want to be clear; we are not lowering higher fares on passengers to carry on paying for working practices that date back in some cases to the 19th century’.”

“Our members worked entirely during that, they worked their shifts 24/7 round the clock, their reward for that is to have the conditions ripped up, have their jobs threatened, thousands of jobs.”

Tory MP Chris Philip also featured on the BBC programme and defended the use of the term “19th century” though did say “admittedly it is 20th century” as Ms Wark accused the briefing document of being “designed to be inflammatory”.

Mr Philip said: “Some of the new things that we would like to introduce include using drones for example, to do track inspections…mandatory Sunday working goes back to 1919.

“Modernisation is really important because in any industry if you want to see higher wages or indeed lower train tickets for the public, you need to embrace modernisation and when those proposals have been put to various unions, we get constant resistance.”

He added: “I think we should keep in mind the people tomorrow. The patients looking for hospital treatment, the pupils needing to do their GCSE’s, people trying to get to their own place of work who are not going to be able to do so because of this militant strike.”

READ MORE: Royal POLL: Should Prince William be the next King?

Mr Philip added: “If we give everyone across the board pay increases, two things are going to happen.

“Firstly, ordinary taxpayers are going to pick up the bill and secondly, what is currently I think a temporary inflation spike caused by the Chinese Covid problems, Ukraine and so on will become permanent because the wage increase will fuel more inflation.

“It’s like a dog chasing its tail. It’ll become permanent.”

Ms Wark told Mr Lynch that his vow to continue striking if a deal is not made would mean “lower paid workers will suffer perhaps repeatedly” to which Mr Lynch replied: “Our workers weren’t furloughed…their reward for that is to have their conditions ripped up, have their jobs threatened.”

It has also been reported that teachers and nursing staff are among other workers proposing strike action over pay rise issues.

Kirsty said: “Looking at the wider firmament of what is happening in the industry just now, if others followed your lead to industrial action, we are talking about inflation-based demands, if every worker asked for 11 percent, inflation would be baked in and that would be bad for everybody.”

Mike Lynch concluded: “Most public-sector workers and many private sector workers have not had a proper pay rise since David Cameron and George Osborne were elected, austerity visited on working for 12 years.

“Pay is falling year on year, we had full employment and falling pay. We have working people doing full time jobs claiming state benefits and going to food banks.

“That is intolerable, and we have to address that.”