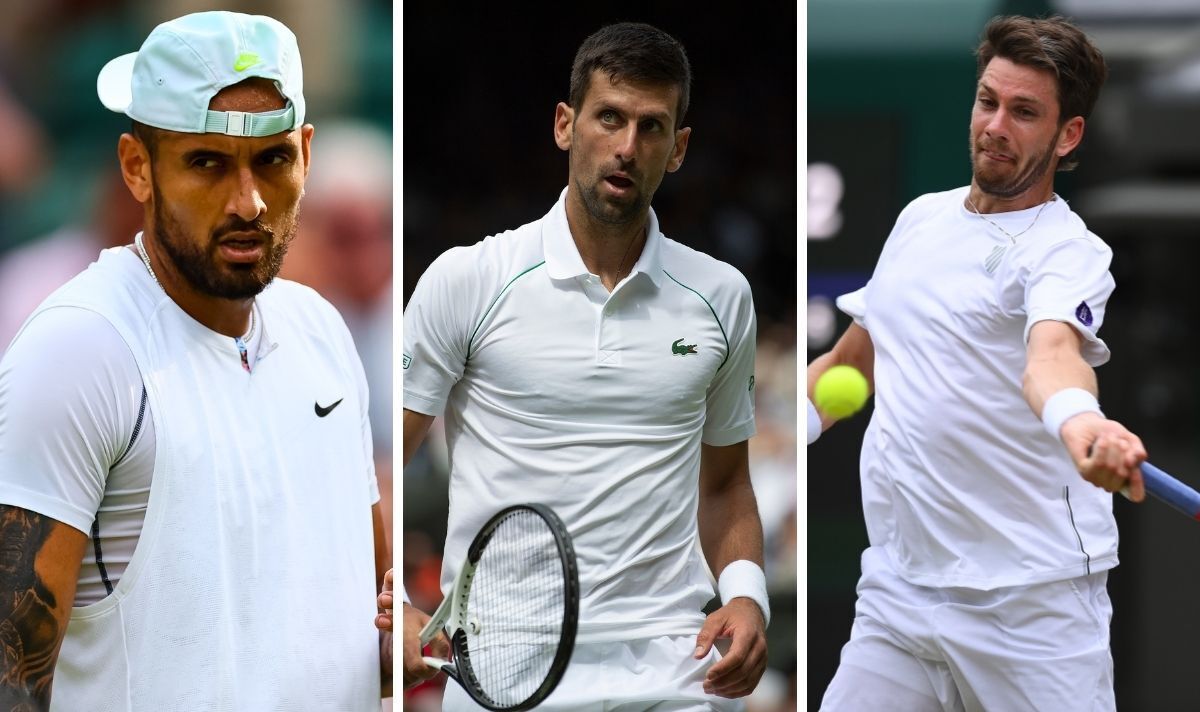 Nick Kyrgios has given his verdict on Novak Djokovic’s Wimbledon semi-final clash with Cam Norrie as he awaits the winner in Sunday’s championship match. The world No 40 is already through to the final following the withdrawal of Rafael Nadal and shared his thoughts on what is now the only men’s semi-final match.

Djokovic and Norrie will do battle for just the second time, as the 20-time Major champion takes on the first-time Grand Slam semi-finalist. The winner will earn themselves a showdown with Nick Kyrgios on Sunday to play for the trophy, and the Aussie has given his thoughts on their clash while he lays in wait in the final.

“We never know,” he said about the chance of meeting the top seed in the championship match. “He has an incredibly tough match today. We all know what Cam is capable of. The growth of Cameron Norrie is insane.”

The 27-year-old recalled his early memories of playing the British No 1 as a child, admitting it was “nuts” that they could now meet on the biggest stage possible. Kyrgios continued: “ I just remember that kid with a pink sweatband playing under 10s that I used to destroy every time I played him.

JUST IN: ‘I made a mistake’ John McEnroe blames Rafael Nadal at Wimbledon