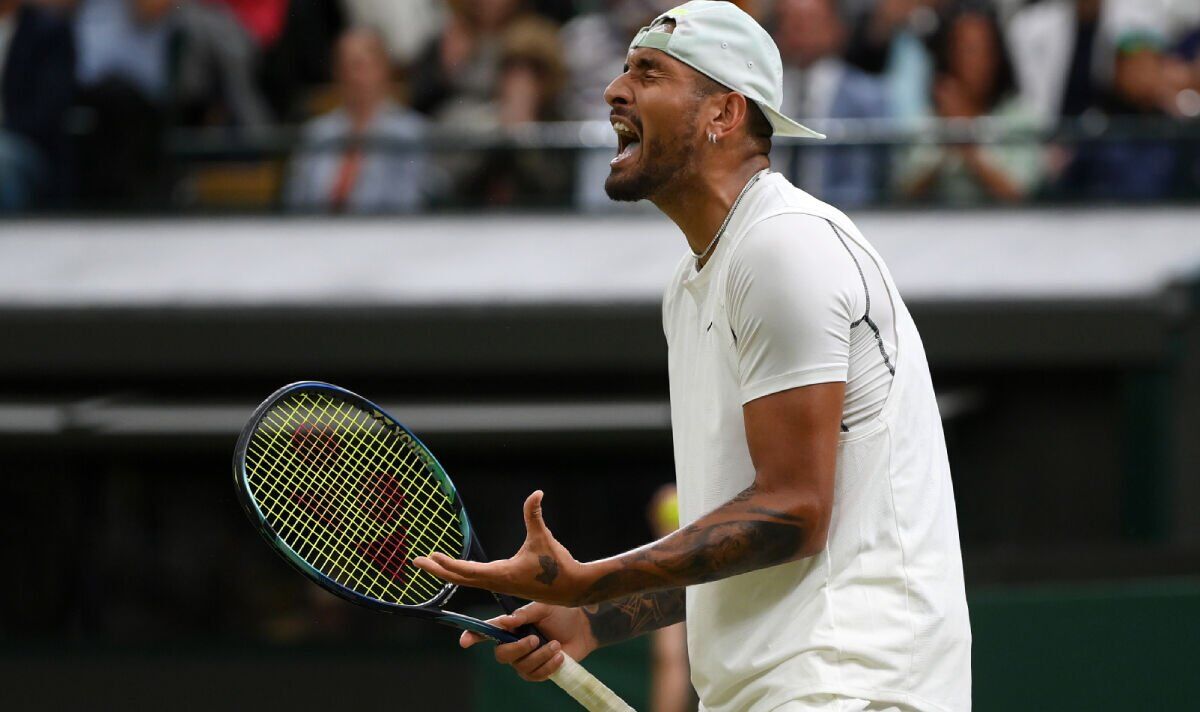 And in the tie-break, that he lost his 7-2, a line judge reported him for telling spectators to ‘f’*cking shut up’.

The simmering row between player and chair umpire continued into the next set but that did not stop the wild man of the sport almost breaking for a 5-3 lead.

At 5-4, Kyrgios was again reported for swearing, by a different linesman, leading to his first official warning.

However, that seemed to inspire him as he broke the Athens ace to level the red-hot clash, by taking the set 6-4.

In frustration Tsitsipas hit a ball into the crowd, narrowly missing a spectator. When the world No 5 received a code violation, his rival demanded he should be disqualified.

When informed his opponent had escaped being defaulted as nobody had been hurt by the flying ball, Kyrgios lost the plot demanding ‘all supervisors’ come to court.