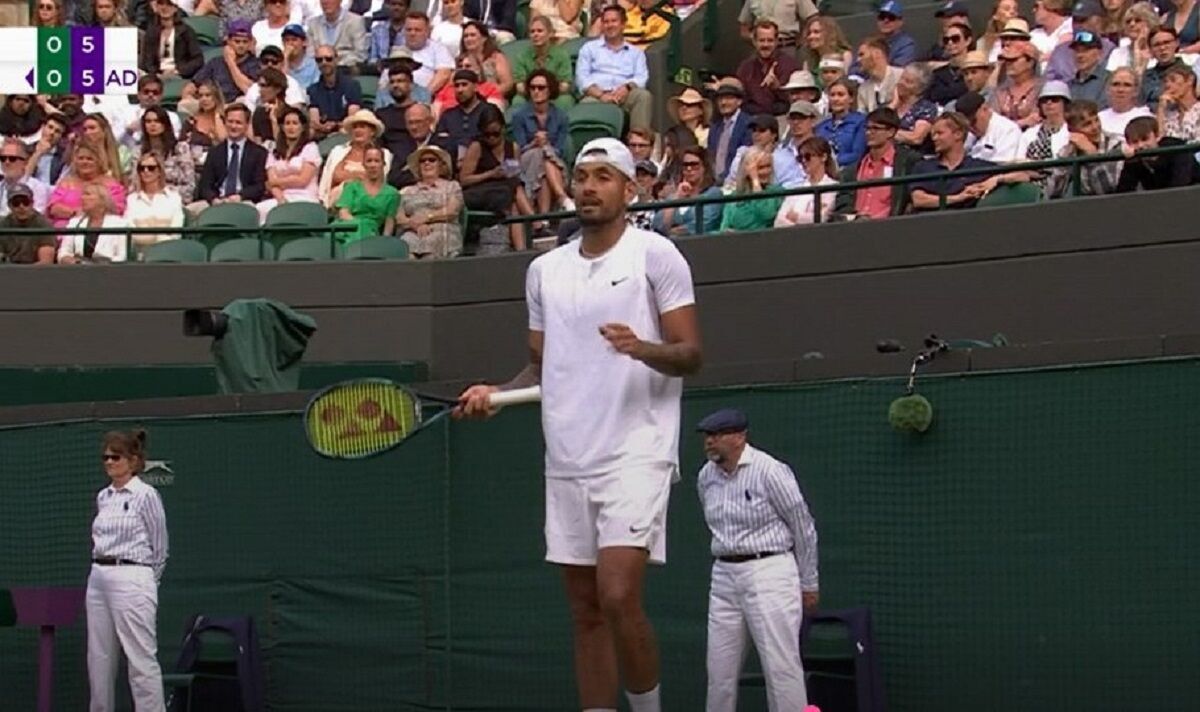 Kyrgios was serving at 5-5 in the first set of his match against the fourth seed when one of his shots was called out but overruled by the umpire. And the world No 40 was quick to hit out at the officials days after he was fined for calling a linesperson a “snitch” in his match against Paul Jubb, where he also claimed the lines people were too “old” to see properly.

The 27-year-old was also unhappy that there appeared to be a mistake made in “every match” as he continued his tirade. “Every match there’s a mistake, and we just have to deal with it? Every match. Why you scared, why are you hesitating, at 5-5 all?”

JUST IN: Swiatek knocked out in huge Wimbledon upset to end 37-match streak