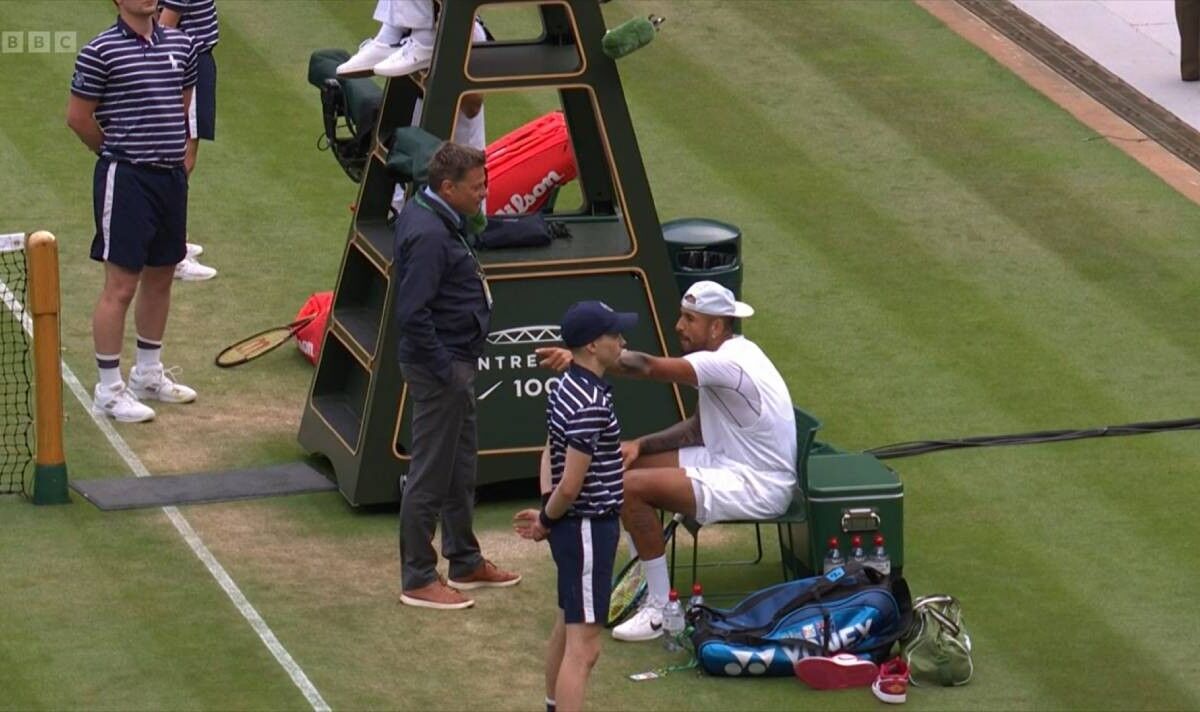 Nick Kyrgios refuses to play, calls for Stefanos Tsitsipas to be kicked out of Wimbledon

Nick Kyrgios called for Stefanos Tsitsipas to be kicked out of Wimbledon after the Greek tennis star smashed a ball into the crowd and appeared to hit someone. The match on Court One promised to be an explosive affair with both players big personalities on and off the court.

For the latest news and breaking news visit:/sport