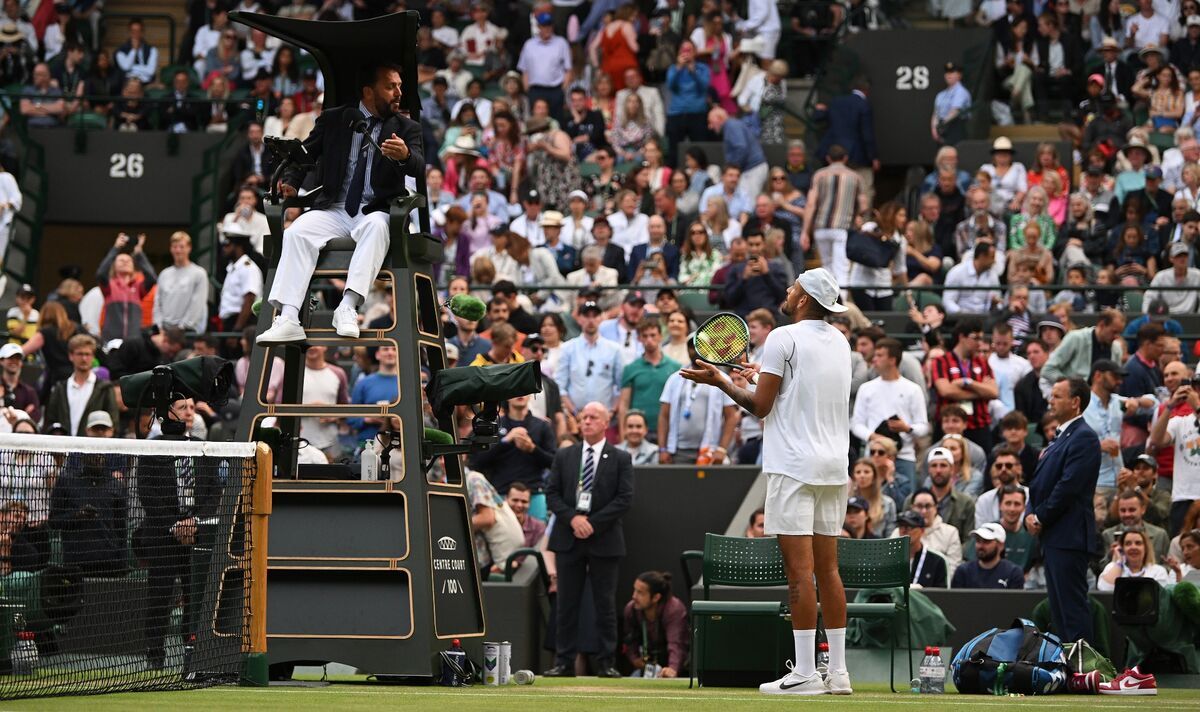 Nick Kyrgios was accuted of “threatening” the umpire after claiming he would be talking about him in his press conference after his match against Stefanos Tsitsipas. Both players have already received code violations in the blockbuster match, with the Greek being given a point penalty as things have turned ugly with the Aussie making “threats” and the fourth seed smacking a ball into the crowd.

Kyrgios and Tsitsipas are in the heat of a crazy third round match on Court 1, where both players have now received code violations. The Greek star sent a ball into the crowd after being broken to cost him the second set and the world No 40 immediately called for his opponent to be defaulted.

But Kyrgios has now been accused of “threatening” umpire Damien Dumusois after telling the official he would be speaking about him in his post-match press conference. “I cannot believe the amount of s***this tournament is going to get because of you is insane,” the 27-year-old told him.

JUST IN: Swiatek knocked out in huge Wimbledon upset to end 37-match streak