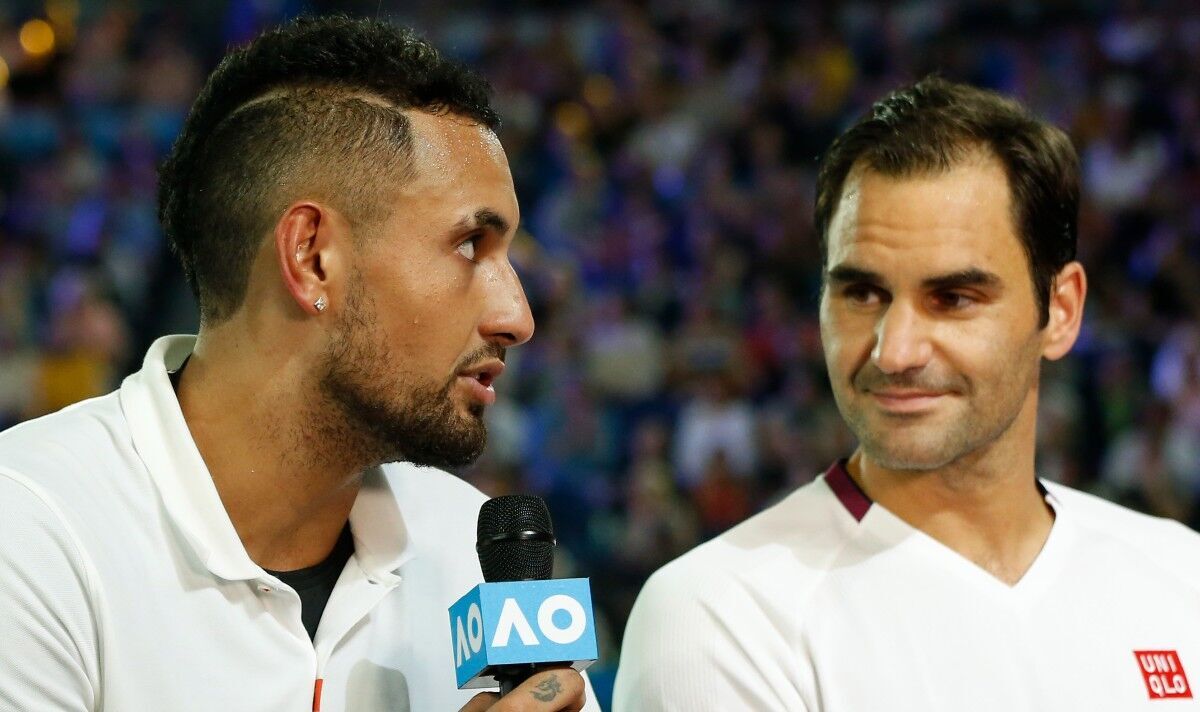 Nick Kyrgios pulled out of this weekend’s Laver Cup last month and will miss playing in Roger Federer‘s farewell match on Friday night. The Australian is skipping the London competition this weekend for the first time in five years.

“No Laver Cup for me this year,” wrote Kyrgios via his Instagram story in August. “Just letting you all know. Gotta have that home time with my family and beautiful girlfriend.” When Kyrgios made the decision to pull out of the team-style tournament it was thought that Federer was using the matches as his comeback tournament before shocking the tennis world with his retirement announcement.

This will be the first time Kyrgios has missed out on the tournament, having featured in all four editions to date following the inaugural contest in 2017. Kyrgios has previously played for Team World at the Laver Cup and misses out taking on Team Europe members Rafael Nadal, Novak Djokovic, Roger Federer and Andy Murray.

The 27-year-old, from Canberra, reached his first Grand Slam final at Wimbledon this season while also winning the doubles at the Australian Open. Kyrgios has previously met Federer in three editions of the Laver Cup, including a memorable match in 2017 when the Swiss tennis icon clinched victory for Team Europe during a three-set win leaving his Australian rival in tears on the court.

Kyrgios has great admiration for Federer and, ahead of last year’s Australian Open, said: “In my opinion, I believe Roger is the greatest of all time. With his skill set, the way he plays the game, I think it’s pure. I actually think talent-wise Nadal and Djokovic aren’t even close to Roger.”

“Talent-wise, just purely based on talent the way Federer plays, his hands, his serving, his volleys, untouchable. Roger’s chopped me a couple of times. Roger makes you feel like you’re really bad at tennis sometimes. He walks around, he flicks his head, and I’m, like, ‘I don’t even know what I’m doing out here.’ Roger is the greatest, for me.”

“Roger’s chopped me a couple of times. Roger makes you feel like you’re really bad at tennis sometimes. He walks around, he flicks his head, and I’m, like, ‘I don’t even know what I’m doing out here.’ Roger is the greatest, for me.”

The 20-time Grand Slam tournament winner has a fantastic record against Kyrgios winning all of their last six matches. The pair were involved in a 2017 epic match lasting three hours and 11 minutes in which Federer edged it 7-6, 6-7, 7-6 after all three sets went to tie-breaks.