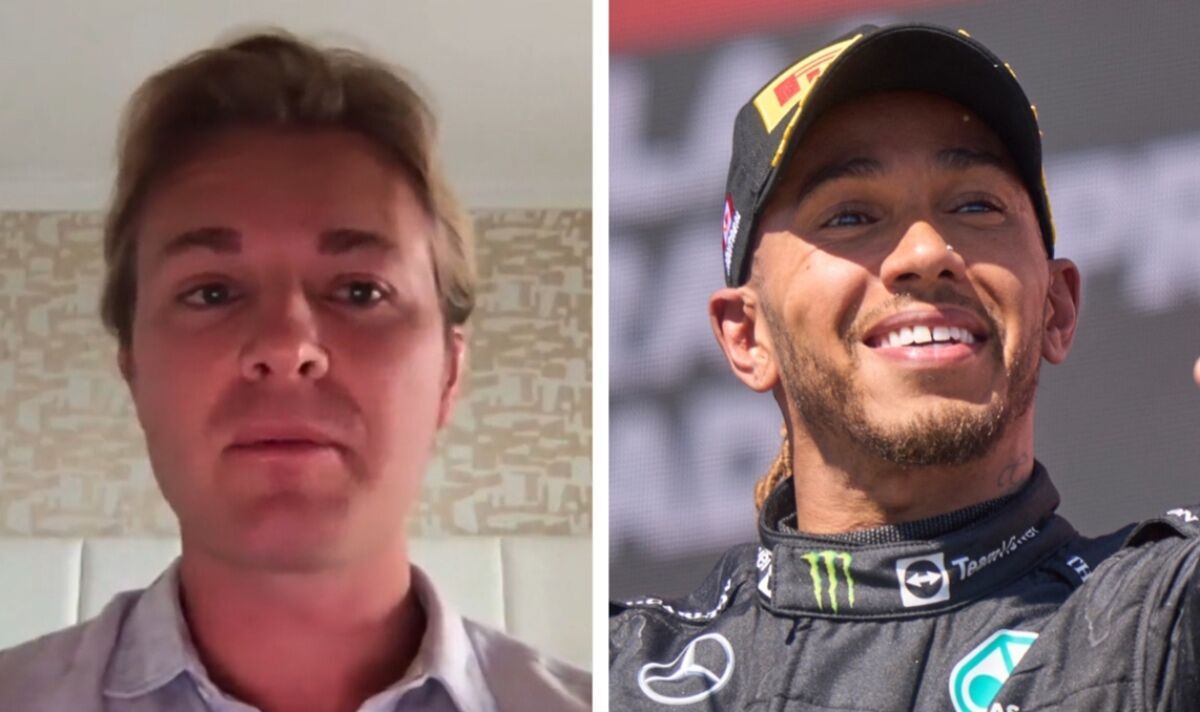 Nico Rosberg says Lewis Hamilton hates coming second to his team-mate in a strong warning to George Russell. Rosberg and Hamilton had a turbulent relationship when they were Mercedes allies battling for the 2016 World Drivers’ Championship.

The German took the spoils to win the title for the first time in his career by just five points and retired just five days after the season finished.

With the pair having won a combined 54 out of 78 races between them over the four years of Mercedes rivalry, Rosberg knows exactly how competitive the Brit can be even with his own team-mates. And after noting Russell’s superb start to life at the Silver Arrows, he issued a warning to the youngster over what to expect from the Stevenage-born legend.

“Let’s focus on George, what an awesome job he has done,” Rosberg told Sky Sports. “It is really phenomenal. With that car, with how difficult that car has been to drive, to be so consistent and drive it so well without making any mistakes and always getting the maximum out of it is brilliant.

“Even to the extent that on Saturday, one would think ‘OK, keep it safe and bring home another P4 and P5 in qualifying’. But no, he said ‘I’m going for gold and putting my slicks on as the only driver, I just care about pole position’. That’s awesome. Let’s say at the same time though that Lewis [Hamilton] is driving at his best. He’s had an unbelievably unlucky season so far with all these different things going against him.

“This weekend has been the first normal weekend in a long time for him and he delivered in an awesome way. The driver pairing there is incredible at Mercedes at the moment, so strong. Make no mistake, Lewis hates passionately to ever come second to a team-mate so he will be extra motivated and pushing very hard internally!”

Russell is the only driver this season to finish in the top five in every race and he sits fourth in the Drivers’ Championship. The 24-year-old remains 34 points ahead of his counterpart, although Hamilton is starting to improve recently with a top-five finish in three of his last four races.