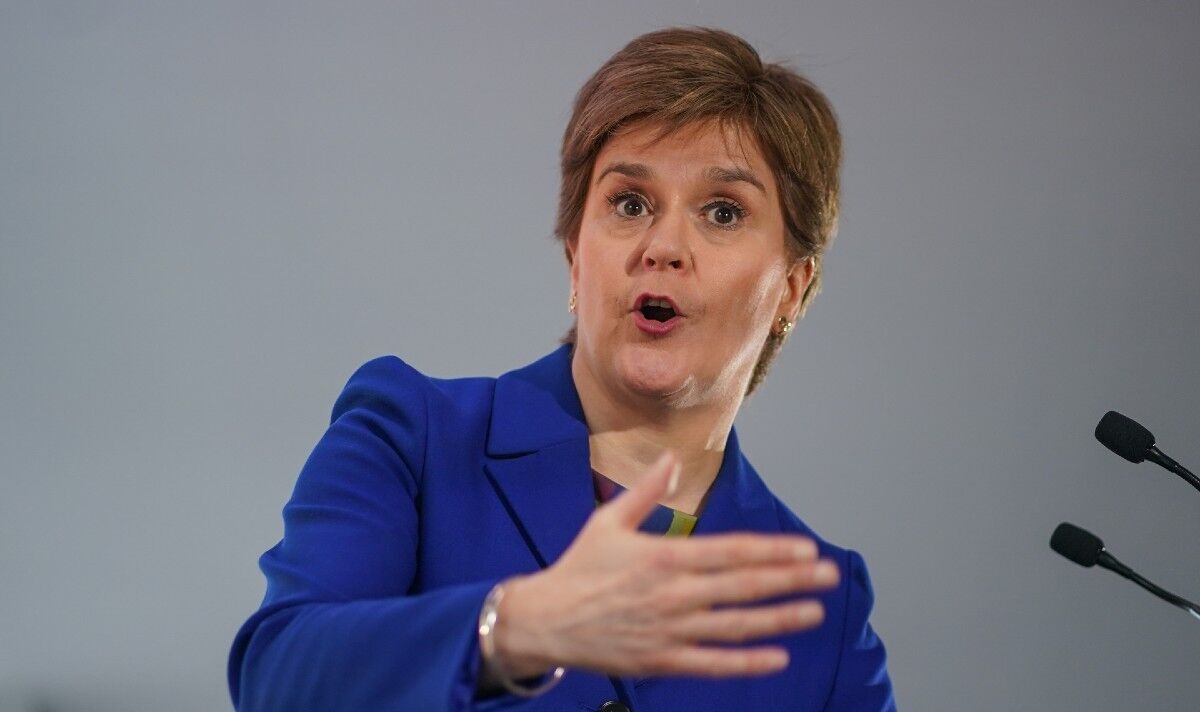 Addressing a rally outside Holyrood, after the Supreme Court blocked a second referendum, Ms Sturgeon said: “We are here as representatives of Scotland’s independence movement, a movement that will grow in numbers with every day that passes.

Writing on Twitter, she also warned that “democracy will not be denied”.

Mr Ross accused the First Minister of using “dangerous and harmful language”, claiming it branded those who would rather she focused on the NHS crisis as “democracy deniers”.

Alex Cole-Hamilton, the Scottish Liberal Democrat leader, tweeted: “This ‘Scotland’s democracy movement’ title is straight out of the Trump playbook and can get in the bin.”

The Supreme Court on Wednesday ruled that the Scottish Parliament cannot legislate for a fresh vote without Rishi Sunak’s consent.

And in a press conference in Edinburgh after the ruling, Ms Sturgeon vowed to continue pushing for independence, saying: “As long as there is breath in my body, I refuse to give up on the basic principle of democracy.”

Ms Sturgeon said she would use the next UK general election as a “de facto referendum”.

She said: “We must and we will find another democratic, lawful and constitutional means by which the Scottish people can express their will. In my view that can only be an election.

“The next national election scheduled for Scotland is of course the UK general election, making that both the first and the most obvious opportunity to seek what I described back in June as a de facto referendum.”

Ms Sturgeon said that the SNP will hold a special conference in the new year to “discuss and agree the detail of a proposed de facto referendum”.

She added that the party will launch a “major campaign in defence of Scottish democracy” in the meantime.

The SNP leader said: “We should be in no doubt, as of today democracy is what is at stake.

“This is no longer about whether Scotland becomes independent, vital though that decision is. It is now more fundamental.

“It is now about whether or not we even have the basic democratic right to choose our own future. Indeed from today the independence movement is as much about democracy as it is about independence.”

Supreme Court president Lord Reed said on Wednesday: “The Scottish Parliament does not have the power to legislate for a referendum on Scottish independence.”