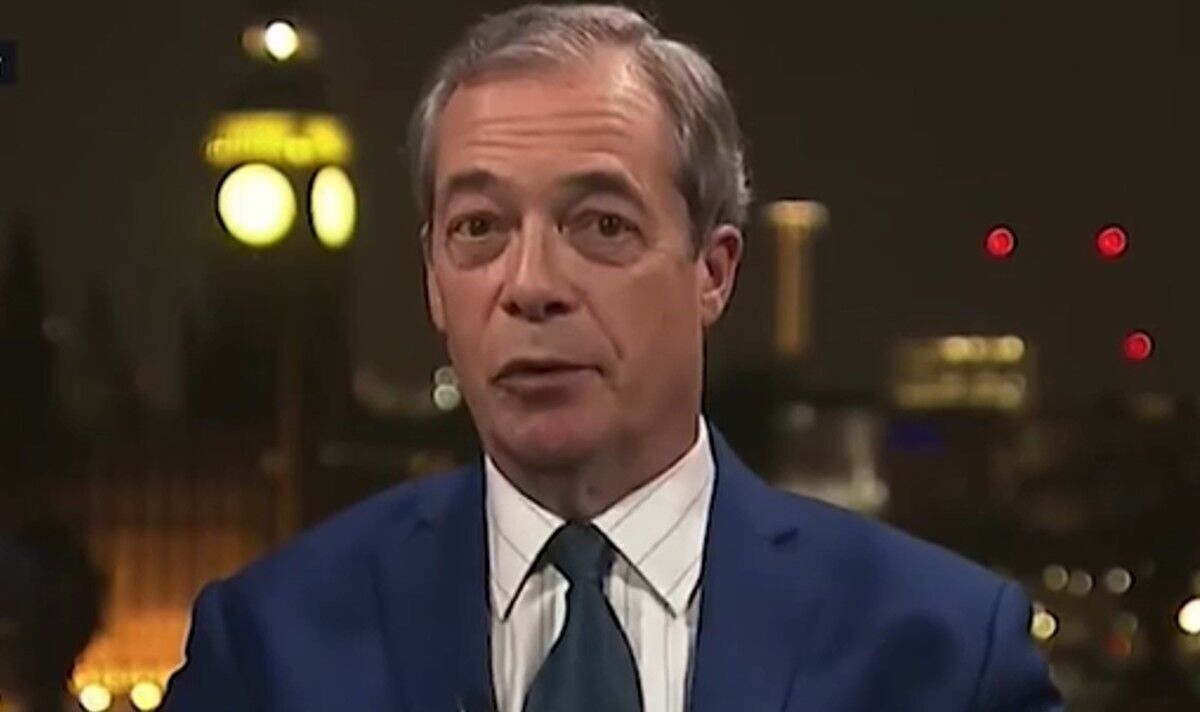 Nigel Farage tonight branded David Lammy a “fanatical EU rejoiner” as he tore apart his speech on Brexit. Speaking at Chatham House today, the Shadow Foreign Secretary said that under a Sir Keir Starmer premiership Labour would work to boost trade with the bloc while also improving relations with Brussels.

But Mr Lammy insisted the party would not drag Britain back into the single market or customs union.

However, Mr Farage claimed Labour’s plan is “full-blown Brexit in name only when we align ourselves as closely as possible to pretty much everything the EU does”.

“Well of course he had to say that, the Red Wall after all would not want to hear any different.

“But if you don’t know who David Lammy is he’s an absolutely fanatical EU rejoiner.

“But the language is pretty clear, he wants to reconnect with Europe. He says never again must we be isolated in our own continent. He runs through a list of things where we have to work more closely with our European partners.

“He’s going to remove friction to trade, sort the Northern Irish problem. In foreign policy he makes it absolutely clear that we would not have an independent foreign policy, we’d do it together and that goes for security, climate change action and much else besides.

“What he’s really talking about is full-blown Brexit in name only when we align ourselves as closely as possible to pretty much everything the EU does.

“And then maybe come a second Labour term if that was to happen, the argument is well we’re obeying all of the rules we may as well have a say.

“So I’m not for one moment suggesting that a Keir Starmer landslide means we rejoin the EU. We won’t, that isn’t going to happen, but effectively it will not be Brexit at all.”

In his speech, Mr Lammy insisted Labour will seek to “fix the Tories’ bad Brexit deal” if voted into power at the next general election.

The shadow cabinet minister said: “It has been a central principle of British strategy for centuries that we should never find ourselves isolated in our own continent. But that is exactly what this Government has done.”

Mr Lammy said Labour is “not afraid” to speak about the “damage the Government’s bad Brexit deal has done to our economy”.

He said: “Investment down, growth sluggish or non-existent, 45 percent of businesses say they are having difficulties trading with the EU, the number exporting to Europe has fallen by a third. In the middle of a cost-of-living crisis, this is a scandal.”