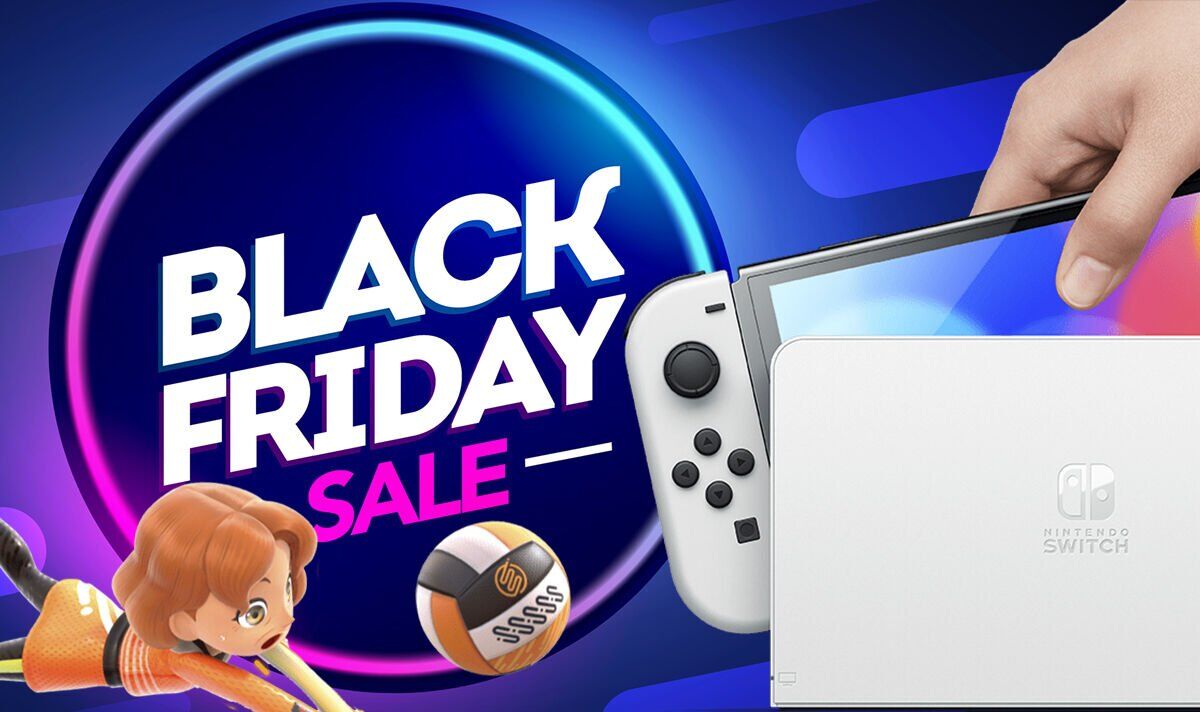 If you’re looking to bag a Nintendo Switch deal for Black Friday, then online retailer Very should be your first port of call. One of the best Black Friday deals yet, Very has reduced the Nintendo Switch OLED Edition to less than £300, and you get a free game! Better than the likes of Argos and Currys – where the Switch upgrade is available for £309 without a game – Very is selling the OLED console for £299 with a copy of Nintendo Switch Sports.

The Nintendo Switch OLED Edition is essentially a super-powered Switch, featuring a far superior screen compared to the original console.

The upgraded device features more vibrant colours and a higher contrast, while the 7-inch display gives you more real estate when playing in handheld mode.

Other improvements include a wider adjustable stand for tabletop mode, as well as a LAN port for improved online performance.

With 64BG of internal storage, the Nintendo Switch OLED Model can hold more games – although we’d recommend an additional SD card if you tend to download lots of titles from the eShop.

Here’s how the Nintendo Switch OLED compares to the original Switch.

Beefier speakers result in a better audio experience, resulting in a far better all-round handheld console. Of course, the console also comes with a TV dock, so you can enjoy the best of both worlds.

We also really like the new white colour scheme, which will look great alongside your PlayStation 5.

And remember, unlike the handheld-only Switch Lite, the OLED model comes with the same detachable Joy-Cons for multiplayer.

Speaking of multiplayer, there are few games better suited to competitive gaming than Nintendo Switch Sports.

A sequel to Wii launch title Wii Sports, the new game comes with a selection of new sports and old favourites.

Players can settle in for some indoor Bowling and Tennis, as well as new activities such as Volleyball, Badminton and – just in time for the World Cup – Football.

Nintendo Switch Sports Golf can be played with the Joy-Cons detached, making it very similar in style to the old Wii version.