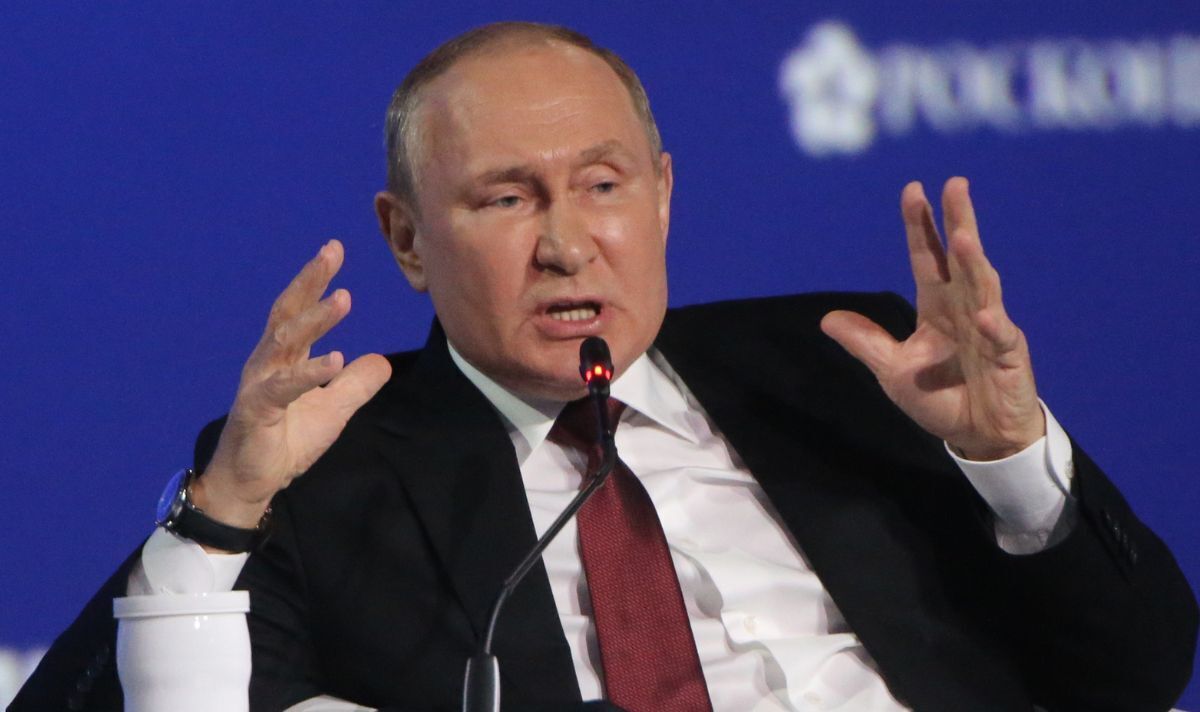 Russia began its war in Ukraine on February 24 after more than 100,000 of Vladimir Putin‘s troops spent weeks stationing themselves along the border with their neighbour. A path of destruction has been left throughout Ukraine, with many towns reduced to rubble after explosive attacks and thousands of civilians dead. This immediately triggered the West into decisive action, smashing Russia with a series of sanctions aimed at completely derailing Putin’s war effort and the country’s economy.

But in a chilling new twist, Moscow could be plotting topple the West’s tightening grip on Putin’s imminent fate.

Speaking directly to Putin, who was on stage at the event, she began by claiming there’s a “cynical joke,” which “has been circulating lately in Moscow. I have heard it several times from different people: Hunger is our last hope”.

The Kremlin propagandist said: “This means that once hunger sets in, this will bring them to their senses.

“This is when they will lift sanctions and will be friends with us because they will understand there is no way around it.”

Putin suggested the diminishing global wheat supply is the fault of Western nations.

He also said: “Having people in these countries [Africa and the Middle East] suffer from hunger is something we would very much like to avoid.”

But the European Union’s foreign policy chief Josep Borrell furiously hit back, condemning the famine threat as a “deliberate attempt to create hunger in the world in order to put pressure on the EU [to lift sanctions]”.

Mr Borrell also pushed back on Russian accusations that EU sanctions are fuelling the food crisis.

He said: “The sanctions imposed by the EU “do not prohibit Russia to export any agricultural goods, payment for such Russian exports or the provision of seeds, provided that sanctioned individuals or entities are not involved”.

During his appearance at the St. Petersburg International Economic Forum, Putin also claimed that “famine in the poorest countries will be on the consciences of the US administration and the Eurocrats”.

Western leaders including Mr Borrell have attempted to build momentum against the narrative, asserting “the problem comes from the Russian blockade of Ukrainian grain”.