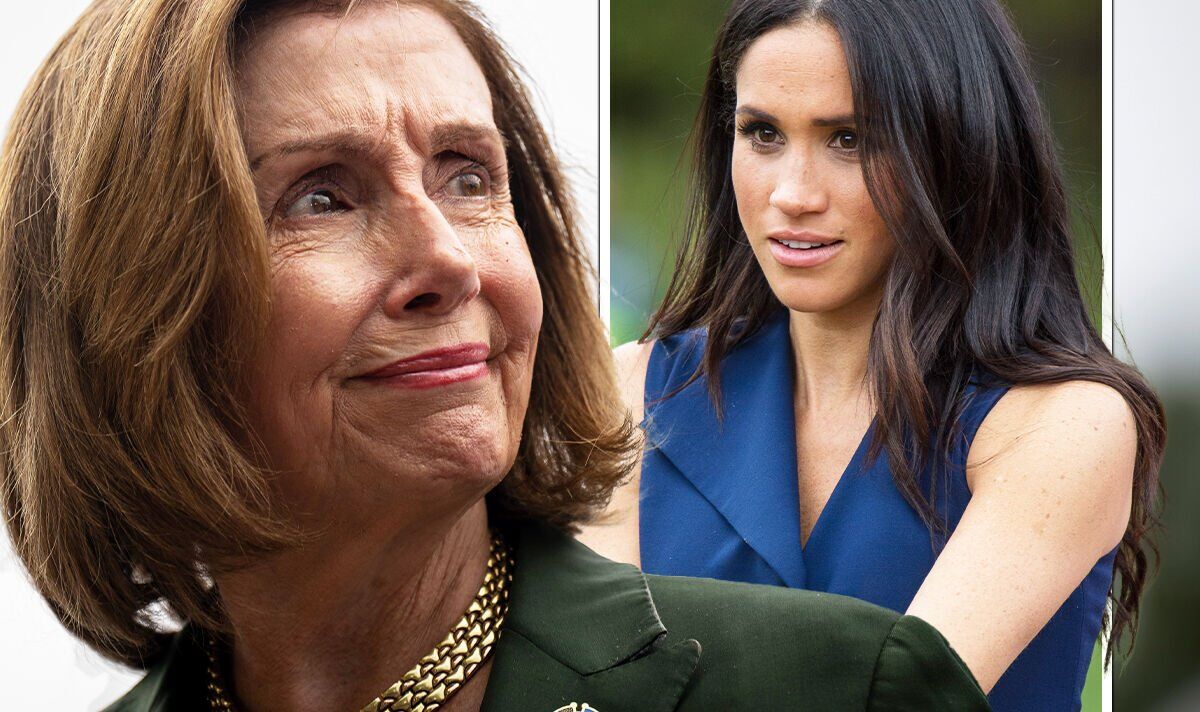 The Duchess of Sussex has been vocal on a number of issues close to her heart and has been campaigning for paid parental leave in America. As part of her campaign, Meghan wrote letters to senior US politicians, prompting speculation that she was pursuing a career in politics. However, the letters reportedly did not go down well with the office of US Speaker of the House of Representatives Ms Pelosi. Discussing Meghan’s campaign, one journalist who works for an American media company told The Telegraph: “We rang Nancy Pelosi’s office to see if they wanted to respond and they just laughed.

“She’s not being taken seriously by Washington at all. She’s not Michelle Obama – she doesn’t have that pedigree so where does she fit in?”

The US is the only rich nation that does not offer paid parental leave.

Meghan’s 1,010-word letter to Ms Pelosi and Chuck Schumer, the US senator argued that the issue of paid parental leave is about putting families above politics.

An extract from the letter read: “With stakes this high none of us can afford to let apathy win.

“If we’re going to create a new era of family first policies, let’s make sure that includes a strong paid leave program for every American that’s guaranteed, accessible, and encouraged without stigma or penalty.

“I know how politically charged things can, and have, become. But this isn’t about Right or Left, it’s about right or wrong. This is about putting families above politics.”

In 2021, the Duchess’s political campaign sparked outrage after she cold-called politicians to discuss paid parental leave with them.

Meghan’s friend New York Senator Kirsten Gillibrand, is thought to have given the Duchess the private phone numbers of up to 10 Republican senators, a move which some would consider a breach of protocol.

One source said: “The talks to mandate paid family leave are stalled because Republican senators are angry that Meghan called them.

“They thought it was the height of audacity.”

The source added that one senator was annoyed at Meghan for using the title of Duchess in the call.

However, since stepping down from senior royal duties in 2020, Meghan and her husband Prince Harry have spoken out about a number of issues.

Harry made the comments as part of a UN speech to mark Nelson Mandela day, in which he also discussed climate change and the Covid pandemic.

He said: “This has been a painful year in a painful decade. We’re living through a pandemic that continues to ravage communities in every corner of the globe; climate change wreaking havoc on our planet, with the most vulnerable suffering most of all; the few, weaponising lies and disinformation at the expense of the many; and from the horrific war in Ukraine to the rolling back of constitutional rights here in the United States.

“We are witnessing a global assault on democracy and freedom – the cause of Mandela’s life.”