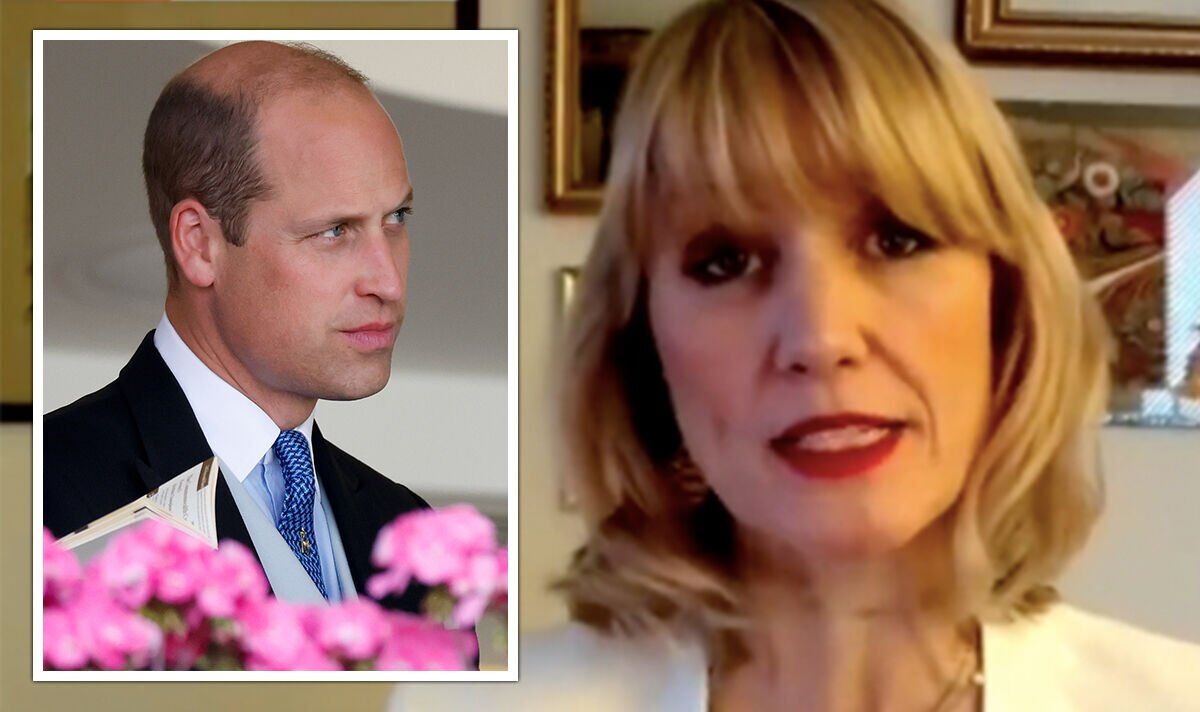 The Duke of Cambridge was photographed with a Big Issue seller in a series of pictures released to mark his 40th birthday today. William is pictured with his arm on the shoulder of 60-year-old Dave Martin, who took William under his wing earlier this month and showed him how to sell the magazine which gives an income to the homeless.

But historian Tessa Dunlop argued the Royal Family being involved in philanthropy is “traditional rather than radical”.

Speaking on Good Morning Britain, she said it was not something new, adding: “We’ve had a philanthropic monarchy for well over 100 years.

“One of the ways of binding the monarch, the future King, The Prince Of Wales to the hearts and minds of the people was to do good works.

“It’s recognising the big cause of the moment and going for it. That’s not a modern idea, that’s something the monarchy has been doing for 100 years.

“What’s happened is is the causes have changed.

“This is more of the same, that’s not necessarily a bad thing but it is traditional rather than radical.”

Prince William and his wife Kate, Duchess of Cambridge, have taken on an increasingly leading role in recent years, cementing their position as the future King and Queen.

The said: “I know that this tour has brought into even sharper focus questions about the past and the future.

“In Belize, Jamaica and the Bahamas, that future is for the people to decide upon.

“But we have thoroughly enjoyed spending time with communities in all three countries understanding more about the issues that matter most to them.”

William added: “It is why tours such as this reaffirm our desire to serve the people of the Commonwealth and to listen to communities around the world.

“Who the Commonwealth chooses to lead its family in the future isn’t what is on my mind.

“What matters to us is the potential the Commonwealth family has to create a better future for the people who form it, and our commitment to serve and support as best we can.”

Protests broke out in Jamaica over Britain’s role in the slave trade and the island nation’s Prime Minister Andrew Holness expressed his country’s desire to move forward “as an independent, developed, prosperous country”.

Prince William subsequently condemned Britain’s “abhorrent” role as a “stain on our history” at a dinner hosted by Jamaica’s Governor-General Sir Patrick Allen at King’s House in Kingston.

William is likely to mark his milestone birthday privately and it’s likely that Kate and their three children, Prince George, Princess Charlotte and Prince Louis, who featured during the Queen’s Platinum Jubilee weekend celebrations, will play a part.

His milestone birthday comes in the Queen’s Platinum Jubilee year and, mirroring his grandmother’s commitment to duty and service, he has vowed to continue to raise the issue of homelessness in an article for the Big Issue.

He wrote: “So, for my part, I commit to continue doing what I can to shine a spotlight on this solvable issue not just today, but in the months and years to come.

“And in the years ahead, I hope to bring George, Charlotte and Louis to see the fantastic organisations doing inspiring work to support those most in need – just as my mother did for me.”

In another picture released to celebrate the duke’s milestone, he is shown holding a pile of the magazines and, in the third image, is pictured sharing a laugh with someone who appears to be buying the publication.

In the coming decade the future king’s role will become more prominent as he supports the monarchy.