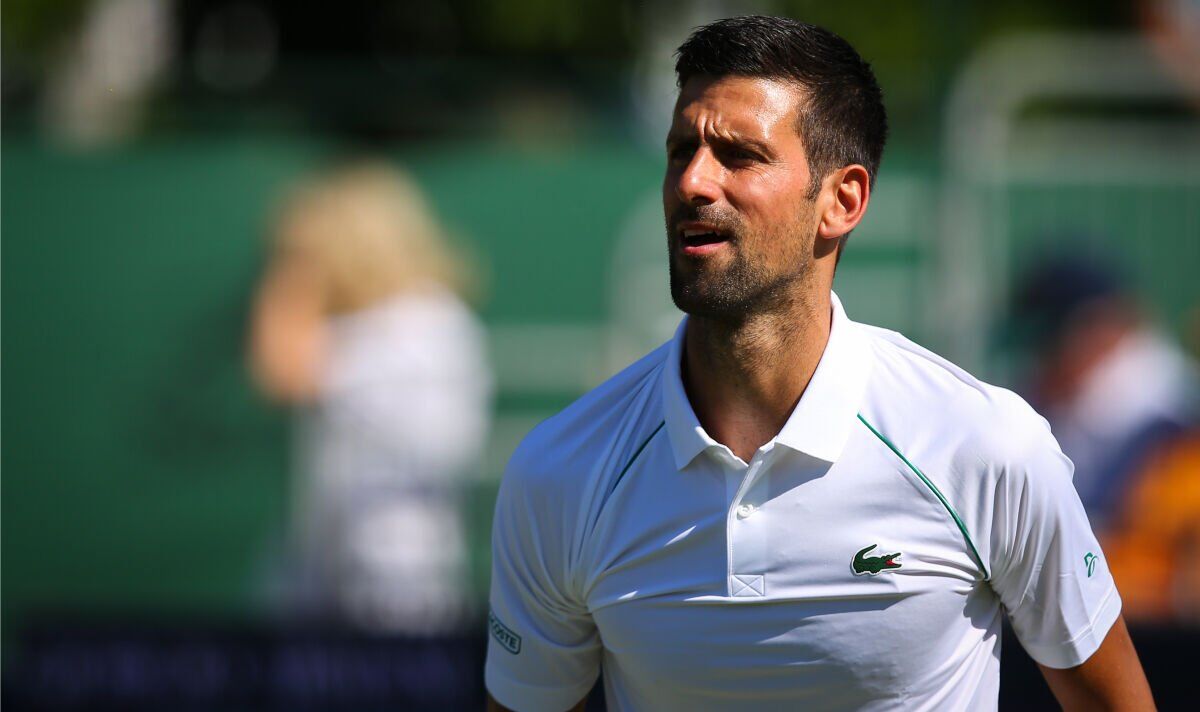 Novak Djokovic looked in ominously good form as he warmed up for Wimbledon by destroying world No.9 Felix Auger-Aliassime in an exhibition match in London. The world No 3 had not played a match since losing an epic quarter-final at the French Open to Rafa Nadal.

But the defending Wimbledon champion and top seed showed he will again be the man to beat in SW19 by beating the Canadian 6-2 6-1 at the Giorgio Armani Tennis Classic at the Hurlingham Club The Canadian said: “He was a lot better than me for sure. It was a difficult day on the court.”

In his post-match press conference, he added: “He was on it. He was playing well. I was struggling with my serve quite a lot. Novak I felt like he was striking the ball well and returning the ball well from the first game.

“It was one of the most stunning places I have ever played in and ever seen. I am looking forward to coming back in a few days’ time. Thanks to Felix for coming out on the court – I wish you the best of luck next week at Wimbledon. Hopefully, it will not be as windy as it was today. It was not a lot of fun serving in these kind of conditions.”

Auger-Aliasime, who lost to Rafa Nadal at the French Open, revealed his super coach Toni Nadal will not be at Wimbledon. “He has an engagement so he won’t be there,” said the Canadian.