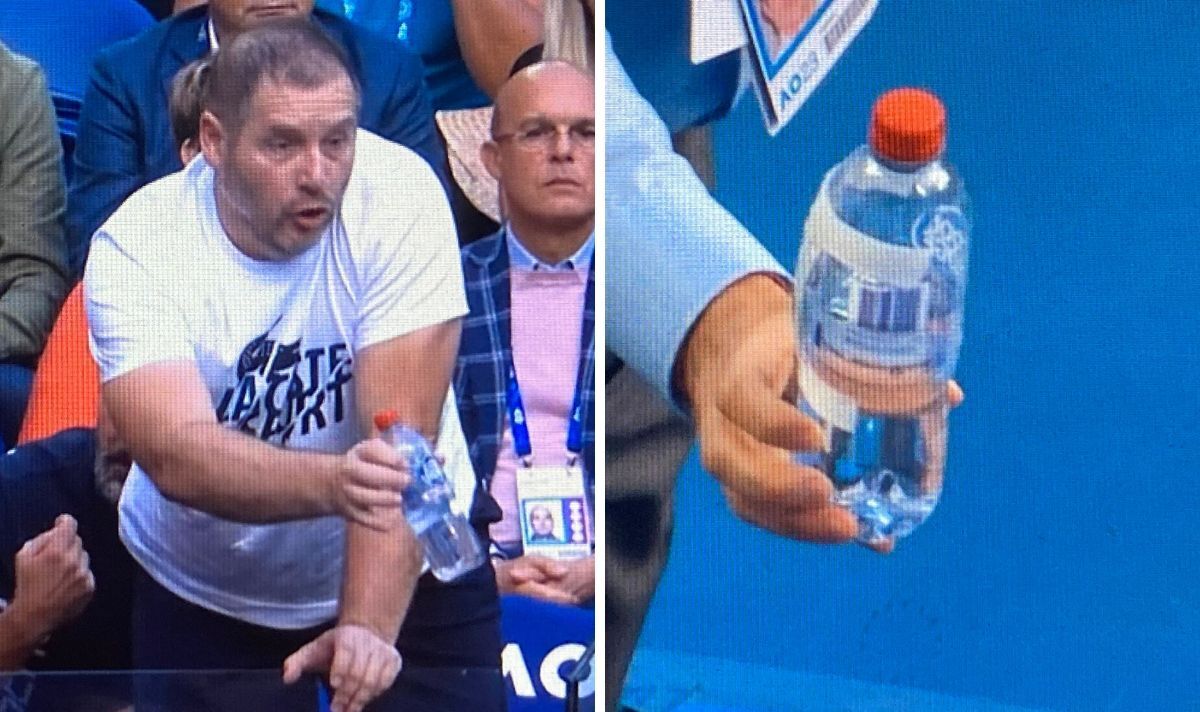 Novak Djokovic has caught the attention at the Australian Open after being handed a note on a bottle by his team during his match against Andrey Rublev. The former world No 1 raised eyebrows earlier in the tournament when a member of his support crew were spotted attaching a note to a drinks bottle before handing it to an Australian Open official to give to Djokovic.

The clip immediately went viral on social media, although it’s within the rules for this year’s tournament for players to receive on-court coaching. The 2023 Grand Slam rulebook states: “In 2023 an Off-court coaching trial will be conducted at all Grand Slam tournaments.”

And Djokovic appears to be using the new rule to his advantage at the 2023 Australian Open. Just three games into his quarter-final match against Rublev, Djokovic’s support team again passed over a mystery note to the Serbian by attaching it to a drinks bottle.

The new rules in place for this year state players are permitted verbal communication with their team so long as they’re on the same side of the court and signals need to be used if they’re opposite one another. The message on a bottle raised the attention of Eurosport’s commentary team with Chris Bradnam joking about the Serbian’s secrecy.

“What message are they getting across?” Bradnam said on Eurosport. “The liquids. If that’s going to help Novak Djokovic and he bottles it for sale, he’d make a fortune.”

Djokovic’s wife, Jelena Djokovic, raged on social media back in November after a video of his team mixing a drink during the Paris Masters while trying to block someone recording them went viral. The video was soon viewed over 15 million times with some urging for more transparency on the substances players take.

The bottle incident was played down by Australian tennis star John Millman, who called the suspicions a “ridiculous notion”. And Jelena Djokovic added to the defence of her husband, questioning why there continued to be a spotlight on the tennis icon’s actions.

“Not everything you see is controversial. It could be private. Is that allowed?” she said at the time. “I don’t see anything dodgy.