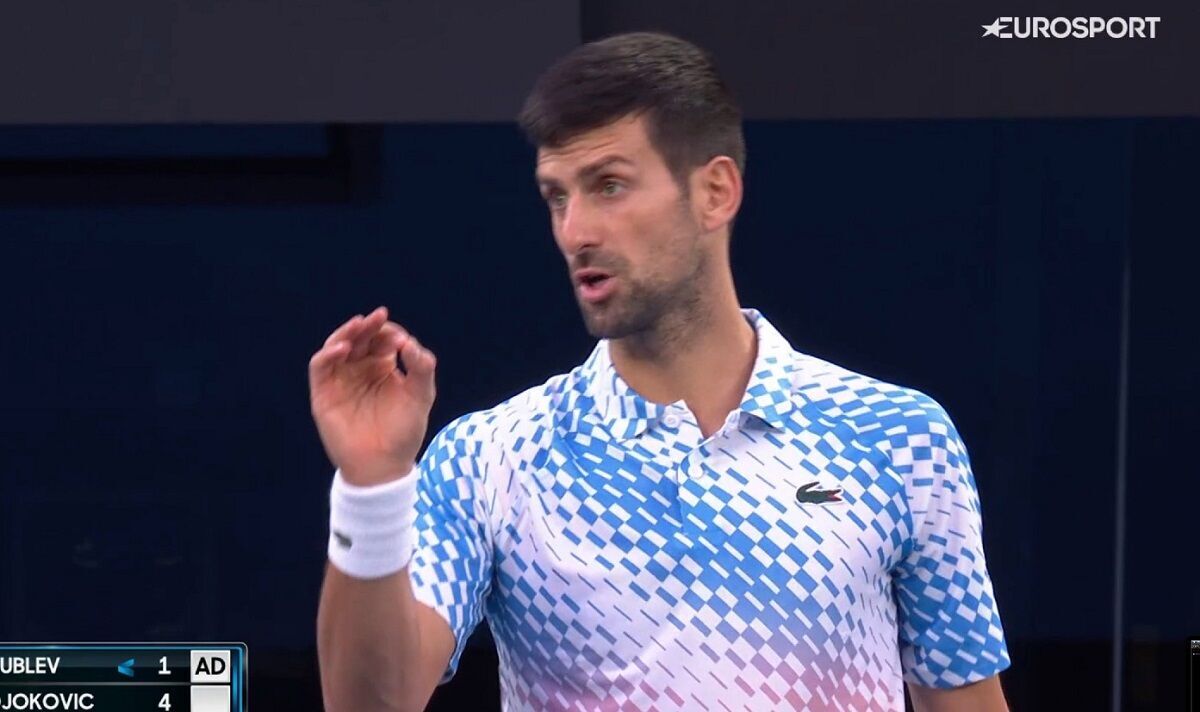 Novak Djokovic voiced his frustration early on in his Australian Open quarter-final after a spectator heckled him from the stands. The fourth seed previously called for a group of hecklers to be kicked out of his third-round match deep in the fourth set but he wasn’t going to let it slide this time around as he told them to “shut up” and ranted about their behaviour towards umpire James Keothavong during the sixth game.

Djokovic quickly lost his patience with a heckler just a handful of games into his quarter-final clash with Rublev after dealing with disruptive spectators in his previous matches. With the fifth seed serving at 1-4, a member of the crowd started shouting “Send him home Rublev” while the Serb was waiting to return and he called them out immediately.

“Why don’t you shut up?” he responded. “Every single point, every single point.” The nine-time Aussie Open champion then turned to umpire James Keothavong and told him: “You’re not reacting.”

It’s not the first time Djokovic has dealt with a spectator trying to put him off, as a group of fans were removed late in his second-round match while another managed to stay for the duration of his fourth-round tie against Alex de Minaur. And the fourth seed approached the umpire to discuss the issue again after taking the first set 6-1.