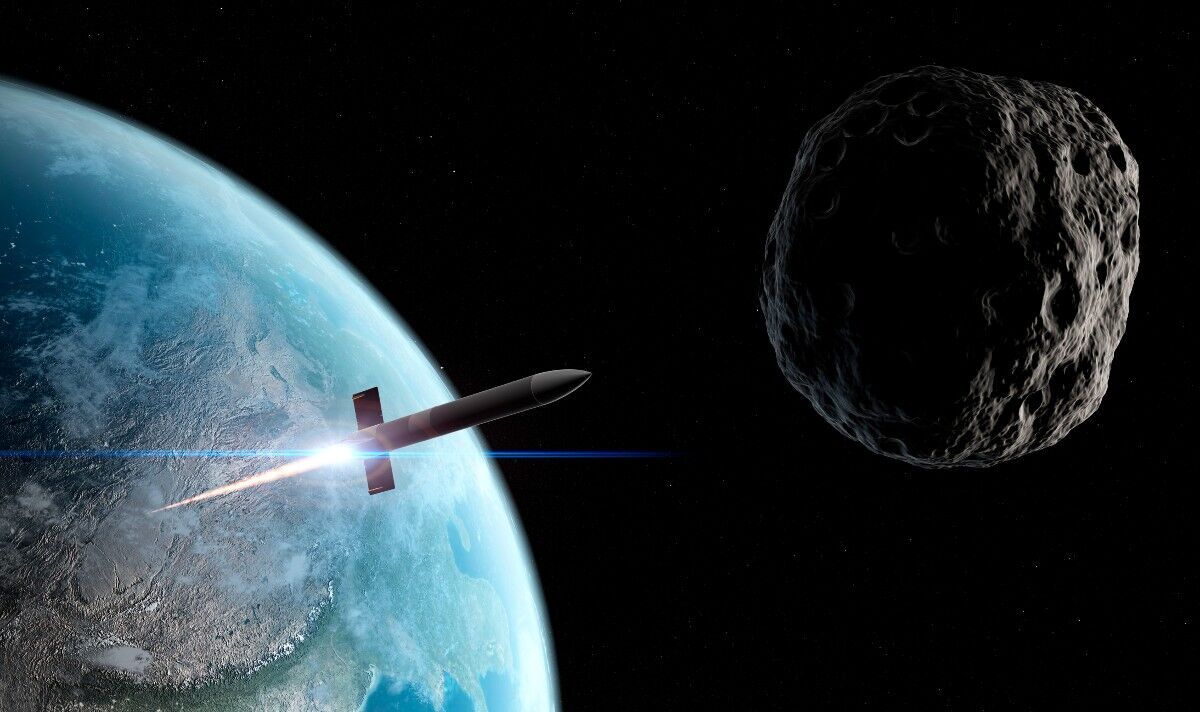 A nuclear bomb might be the only thing powerful enough to save humanity from Armageddon if an asteroid comes into collision with planet Earth, a study has warned. While NASA’S successful Double Asteroid Redirection Test (DART) proved last year that we are capable of knocking a giant piece of space rock off its trajectory, a future scenario may need more than a spacecraft to bash away a major cosmic threat.

In the NASA mission, the DART spacecraft crashed into the asteroid Dimorphous, a solid slab of space rock left over from the formation of the solar system. But some asteroids may not be as “monolothic”, and could require something more drastic, according to a study published in the journal Proceedings of the National Academy of Sciences.

Unlike Dimorphous, a different threat is posed by “rubble-pile” asteroids, which form after a solid asteroid is smashed into pieces following a collision, leaving the bits of rock to combine under gravity.

The study found that these types of asteroids are far more “shock absorbent”, meaning they would be “very hard to destroy”. The authors of the study make note of the 1,640 ft-long asteroid called Itokawa, which the Japanese-made Hayabusa 1 probe landed on about 1.2 million miles from Earth to collect samples.

Prof Fred Jourdan, lead author of the study, said: “Unlike monolithic asteroids, Itokawa is not a single lump of rock but belongs to the rubble-pile family, which means it’s entirely made of loose boulders and rocks, with almost half of it being empty space.

“Such an astonishingly long survival time for an asteroid the size of Itokawa is attributed to the shock-absorbent nature of rubble-pile material. In short, we found that Itokawa is like a giant space cushion and very hard to destroy.”

Rubble-pile would only survive a few hundred thousand years in the asteroid belt, but are capable of lasting longer when they travel into the inner solar system.

To deal with these threats, perhaps only something as powerful as a nuclear blast could bat them away, the study suggests.

The paper reads: “We showed that small rubble-pile asteroids can survive billions of years against the ambient bombardment in the inner solar system due to their resistance to collisions and fragmentations. Therefore, more aggressive approaches, for example nuclear blast deflection, might have a higher chance of success against rubble-pile asteroids.”

Professor Nick Timms, a co-author of the study, said: “Now that we have found [rubble-pile asteroids] can survive in the solar system for almost its entire history, they must be more abundant in the asteroid belt than previously thought, so there is more chance that if a big asteroid is hurtling toward Earth, it will be a rubble pile.

“If an asteroid is detected too late for a kinetic push, we can then potentially use a more aggressive approach like using the shockwave of a close-by nuclear blast to push a rubble-pile asteroid off course without destroying it.”

Despite this, the NASA mission was still hailed as a significant lesson that would “teach us how one day to protect our own planet from an incoming asteroid. We are showing that planetary defence is a global endeavour and it is very possible to save our planet”.

The Dimorphos was a 560-foot-diameter “minor-planet moon”, orbiting around a larger asteroid, 65803 Didymos, both of which are in the asteroid belt between Mars and Jupiter.

NASA Deputy Administrator Pam Melroy, a retired astronaut said following the mission: “NASA works for the benefit of humanity, so for us it’s the ultimate fulfilment of our mission to do something like this – a technology demonstration that, who knows, some day could save our home.”