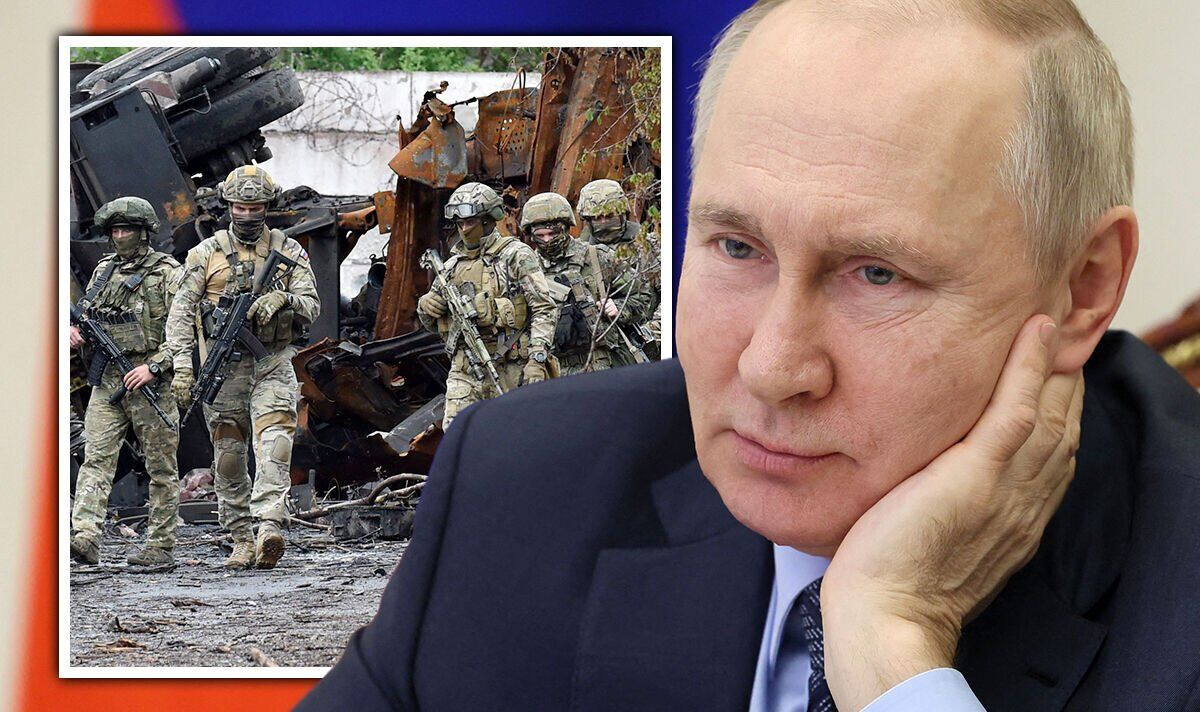 Old maps, burst tyres and no clothes: Why the Russian military ‘will suffer this winter’

As soldiers on both sides of the Russia-Ukraine war prepare for a tough winter, it appears Moscow may be looking to secure a quick win before fighting slows, as it has been reported that Russian forces could be planning another air attack on Ukraine. The fears come as dozens of Russian long-range bombers have gathered at Engels-2 air base, near the city of Saratov, in southwestern Russia. Now, experts are suggesting an attack could be imminent as ammunition and missiles have also been spotted at the base.

Russia has been on the backfoot for much of the war and has had a dismal time in trying to regain its footing. In months past, Kyiv’s military have gained territory back in key areas, most recently in the city of Kherson.

Vladimir Putin’s military failings have been a theme of the war, and Admiral Lord West believes this is down to corruption within his forces. The Labour peer and former security minister spoke to Times Radio about why Ukraine has enjoyed so much success in the conflict.

He said: “I think what has come home to us is the impact of corruption in the Russian military. They had the wrong maps, a poor logistics supply chain, and a lack of clothing.

“I think the Russians will really suffer this winter, they are having to use their own clothes and their commissariat isn’t providing them with the right kit.

Various reports have also highlighted other logistical and supply issues impacting the Russian army. It has been claimed that Moscow’s soldiers have had to buy their own clothes and weapons to survive in the war, and have also gone without basic items like sleeping bags.

In October, the Guardian spoke to conscripts who said they had been given “absolutely no equipment”, and the UK Ministry of Defence also published an intelligence briefing at the time which said “endemic corruption and poor logistics” was the cause of the Russian military’s “poor performance”.

While the Russians’ problems are well-documented, Lord West warns that this does not mean Ukraine will have an easy ride. Putin’s missile strikes on Ukrainian infrastructure could result in a tough winter for those still in the country.

He continued: “The problem Ukraine is going to have is surviving through this winter with these constant strikes against their infrastructure. Although we can shoot down lots of these, and the UK will give Ukraine more anti-air weapons, we won’t be able to stop all of them.

“They will cause more and more damage while the people repairing them are already overstretched. I think we need to look at how we, the allies, ensure they have sufficient power to survive the winter. We need to look at that closely.”

As Ukraine hopes to liberate more of its country from Russian occupation, Lord West isn’t optimistic that the country’s forces can make too much progress.

He continued: “It’s a grinding hard slog, I don’t think the Ukrainians are capable of pushing them out of the Donbas and certainly not taking Crimea.

“It’s a sort of stalemate, although they have shown tactically they are agile and have inflicted some defeats on the Russians. But they haven’t beaten the Russians. It’s going to be a very long hard slog.”