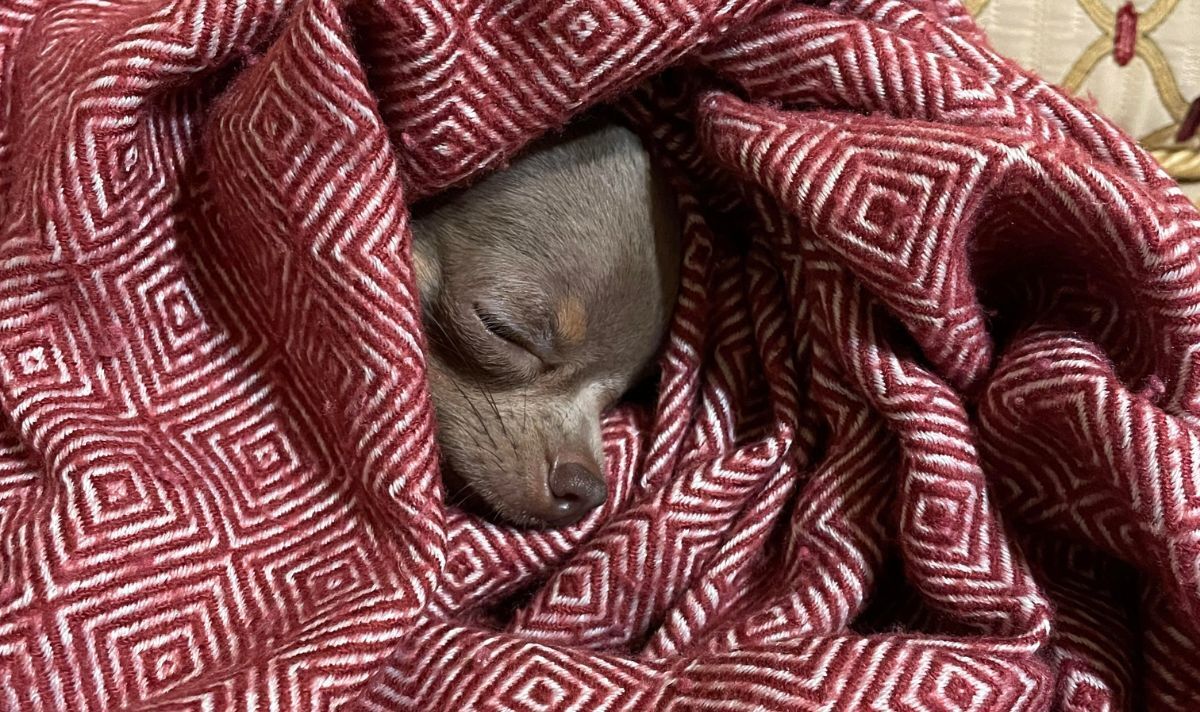 A dog owner was left horrified after witnessing a fox attempting to attack her chihuahua in a garden in London. Blue, a one-year-old chihuahua who weighs just under four pounds, had ventured into the garden to do his business at around 10pm on Tuesday, January 24 when his owner, who wishes to remain anonymous, heard a commotion outside. After running outside, his terrified owner saw a fox attempting to attack her small dog as he desperately tried to fend off the creature.

The incident took place at a home in Fulham, south west London, where foxes are known to prowl the area looking for food.

The owner told Express.co.uk: “I had let Blue out to go to the toilet as I usually would before bed and I heard him barking. He normally barks when he hears someone outside or if there’s a bird or animal but he’s usually very quiet at night.

“I started to put my shoes on when I realised his barks had changed and he was barking while also growling and whimpering.

“I rushed outside and it was pitch black so was difficult to see but I saw a huge fox attempting to grab him while he was attempting to fight it back. It was the most frightening moment of my life. I had no idea what to do and had never heard a commotion like it.”

Thankfully, the fox quickly fled after the owner came outside but Blue had been left traumatised from the incident.

She continued: “I dread to think what would have happened if I hadn’t gone outside at that exact moment. It was dark so it was difficult to see him because he had gone under a tree which I think is where the fox had been resting when he was disturbed by Blue going into the garden.

“I quickly called his name and the fox appeared scared by my presence so started trying to escape but couldn’t jump the garden fence. The whole fence was shaking as it attempted to jump over and I quickly ran inside with Blue.

“He wasn’t physically hurt but he was shaking and now won’t go in the garden alone. It’s rare for foxes to attack dogs but his size makes him a target. I heard a noise the night before coming from the garden which now, after this incident, makes me think the fox regularly comes to our back garden and hides under a tree which acts as a den.”

She rushed to the aid of her 11-year-old pet and said she “physically beat the fox up with her bare hands” until it let go of the dog.

Ms Wilson, 43, told the Standard: “I had to physically beat the fox up with my bare hands to let go of my Chihuahua from his jaws. Finley screamed. And that’s when I dragged the fox up away from Finley’s neck and pushed it against the wall.

“I cut my leg during the process then all three of us ran inside. Neighbours saw and heard it all and we’re shocked it had happened again to me.”

An Islington Council spokesman said at the time: “We understand how upsetting attacks on pets by foxes can be, and sympathise with Ms Wilson. We hope her dog makes a full recovery. Unfortunately, under existing controls, the council has no remit to regulate local fox populations. We’d suggest Ms Wilson contacts the Fox Project, which provides helpful practical advice on deterring the animals.”