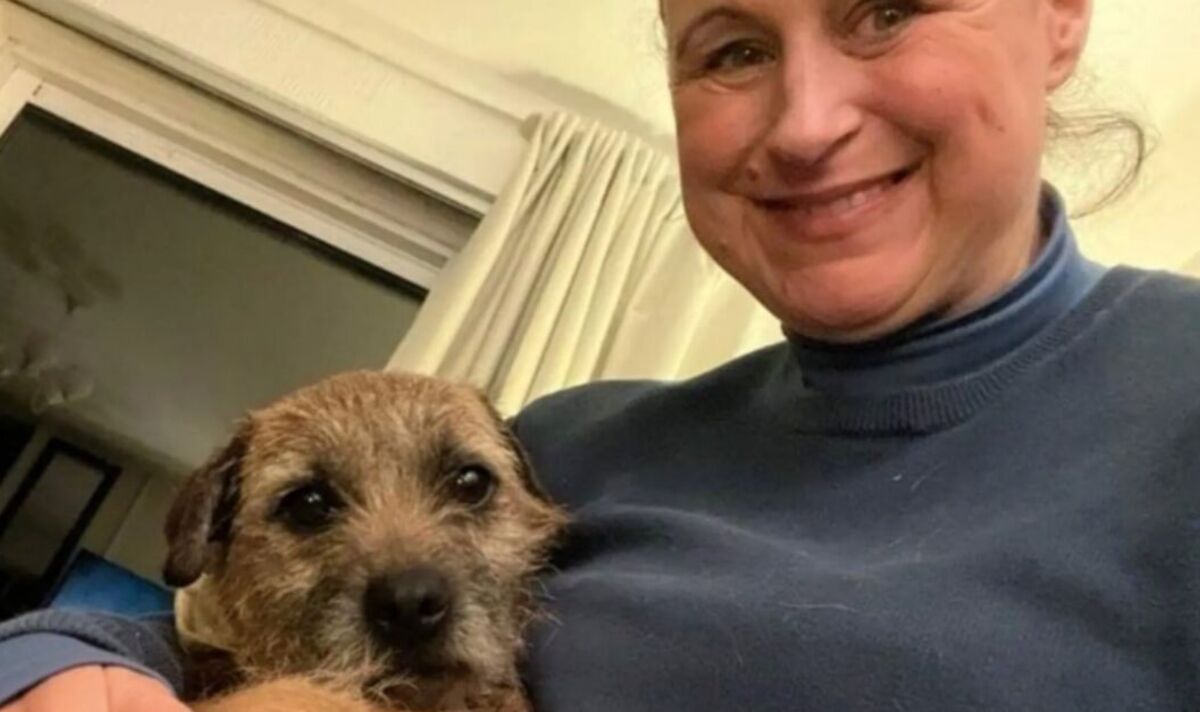 A Hertfordshire dog owner has been reunited with her long-lost border terrier after almost twelve years apart. Liz Eldridge, a 51-year-old worker in the National Health Service, had initially bought the dog, named Missie, as a present for her son Oscar on his birthday. However, in February 2011, Missie vanished from their home in Harpenden, Hertfordshire.

Ms Eldridge spent the next eight years driving all over the country in search of the lost dog, chasing down various sightings and possible leads in an attempt to locate the much-missed animal.

Unfortunately, all her efforts were in vain, and she reluctantly resigned herself to the idea that Missie had likely been stolen.

That was, until last week.

Tuesday, November 15, entirely out of the blue, Liz Eldridge was notified that Missie had been found, over a decade since she had originally gone missing.

Ms Eldridge had the forethought of having Missie microchipped, meaning she was traced back to when she was found.

A member of the public had found the missing pooch and passed her over to animal control services, who got in touch with her original owner.

Ms Eldridge talked of her mixed emotions upon reuniting with her dog, saying: “It was a mixture of pure joy but also sadness, as Missie was in a terrible state.”

Unfortunately, it seemed their time apart had not been kind to Missie, with vets speculating she had been used for breeding the last few years and probably suffered abuse.

The dog’s owner went on to say: “She had obviously been used constantly for breeding and was very nervous and timid.

“We believe she had been kept on a chain and beaten. Every time I went to put a lead on, she was so scared.”

Fortunately, there is a happy end to the tale.

Missie is settling in well with her original owners and is starting to learn how to trust people again.

“Her tail is starting to wag and hopefully she’s beginning to realise she’s back home safe and sound”, Ms Eldridge added.

Missie’s owner is now using their story as a chance to convey the importance of microchipping pets.

She said: “I hadn’t got round to changing the breeder’s details to mine so there were a few complications.

“We got there in the end, but I’d like this to be a lesson to all owners to remember to update their pets’ details.

“It only takes a few minutes, but it’s vitally important and could mean the difference between finding your pet or losing it forever.’

According to the RSPCA, thousands of pets are lost every year; heartbreakingly, many are never reunited with their owners.

However, they advise that microchipping gives your pet the best chance of being found.

Their website describes the Microchipping process: “A tiny microchip is quickly and simply inserted under your pet’s skin, or in the neck for horses. This gives your pet its own unique code.

“The microchip can be scanned and matched to the owner’s contact details, which are kept on a national database.”