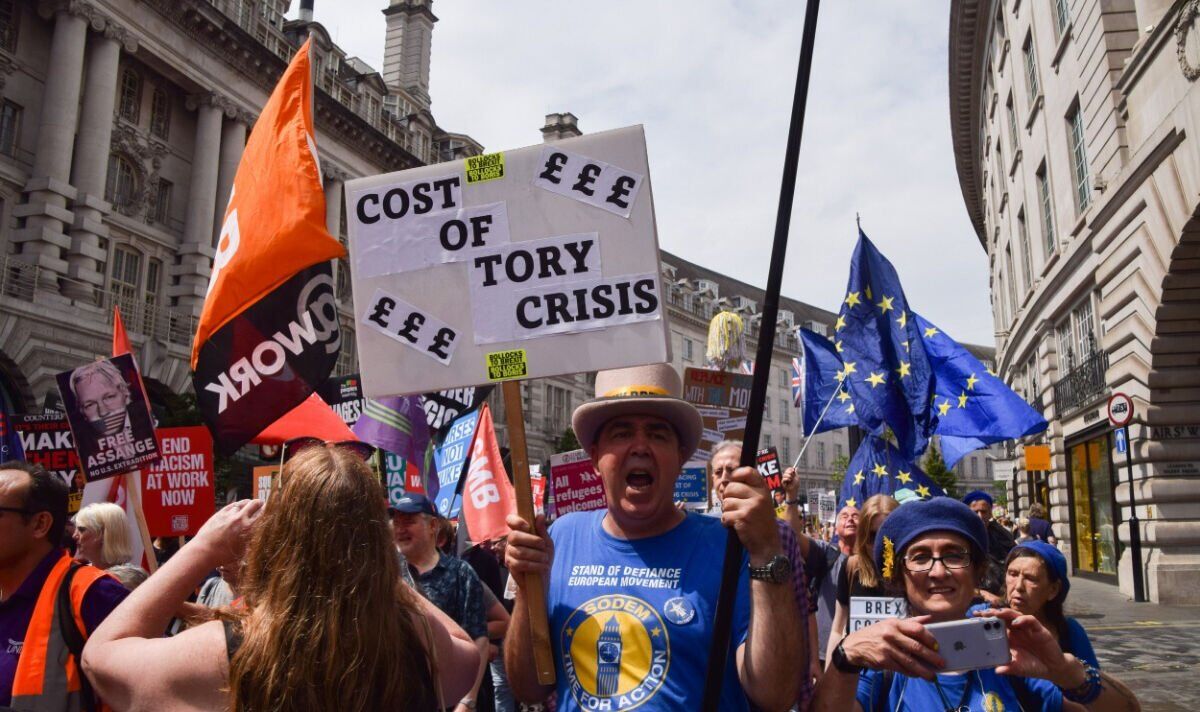 The UK’s departure from the European Union damaged Britain’s competitiveness, productivity and will leave the average worker poorer, a study by Resolution Foundation and the London School of Economics has claimed. The report highlighted Britain has experienced as much as an eight point decline in trade openness since 2019.

However, while imports from the EU have taken a tumble, there has not yet been a persistent fall in UK exports to the EU.

The research went on to claim labour productivity will fall by 1.3 percent by the end of the decade and put the average real pay down £470 per worker each year when compared to what it would have been inside the Brussels bloc.

Even the fishing sector, which was central to the Brexit debate, is expected to take a hit as it makes “painful adjustments”.

Sophie Hale, principal economist at the Resolution Foundation, said: “Brexit represents the biggest change to Britain’s economic relationship with the rest of the world in half a century.

JUST IN: Labour frontbenchers could be disciplined over picketing as several MPs snub Starmer’s ban

“This has led many to predict that it would cause a particularly big fall in exports to the EU, and fundamentally reshape Britain’s economy towards more manufacturing.

“The first of these has not come to pass, and the second looks unlikely to do so. Instead, Brexit has had a more diffuse impact by reducing the UK’s competitiveness and openness to trade with a wider range of countries.

“This will ultimately reduce productivity, and workers’ real wages too.

“Some sectors – including fisheries – still face significant change to come in the years ahead, but the overall services-led nature of the UK economy will remain largely unaffected.”

The Centre for Brexit Policy study warned: “The notion we are a country in decline is deeply ingrained in our elites, especially Whitehall and Westminster.

“It explains why we joined the EU and why we are struggling to escape its orbit.

“How different would our view of the world and of our role in it be if we thought of ourselves as a new and rising force rather than a nation in decline?”

It added: “After Brexit, Britain needs a self-confident national mindset, one that sets aside the myth of declinism and recognises the country has huge assets, not least the fact it is held in high regard across the world.”