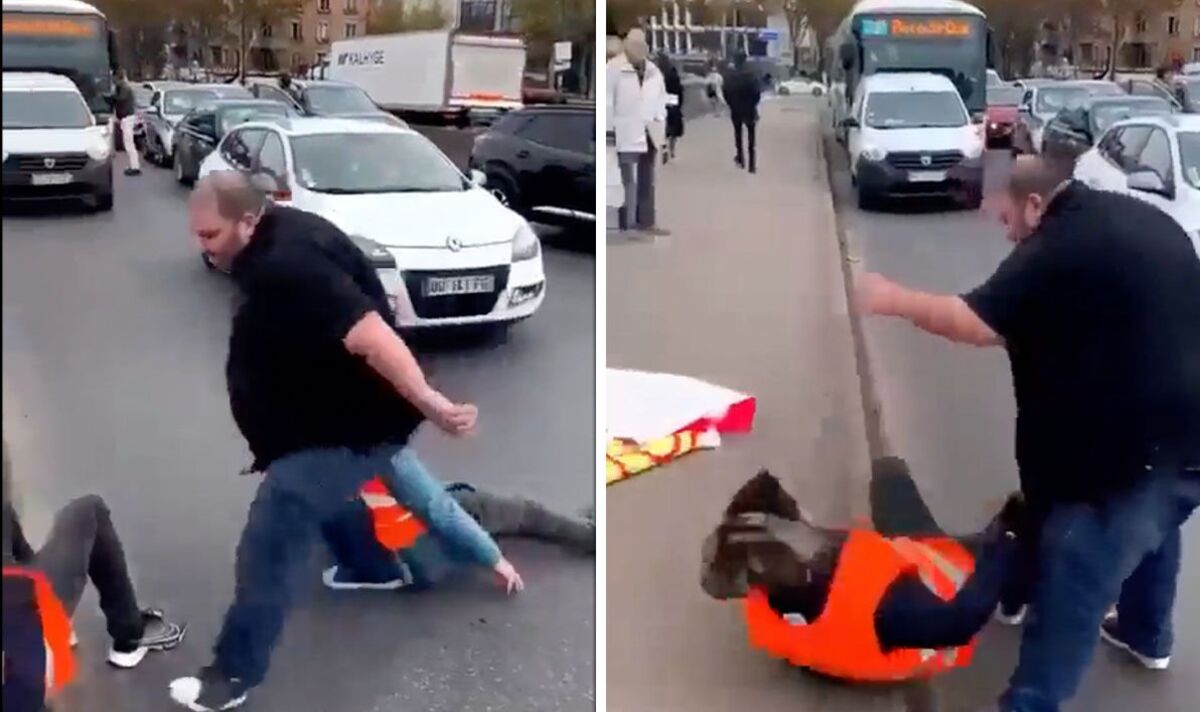 Furious Parisian drivers brutally dragged climate activists off the road on the Levallois bridge in Levallois-Perret, Paris. The protesters had brought traffic to a standstill, prompting the ire of the drivers. The driver was quickly joined by other commuters who took the matter into their own hands.

After throwing a protester onto another climate activist, he shouted: “Don’t dare move your a**!”

The commuter was incandescent with rage, as he kicked one of them to allow a white Renault car to continue its journey.

A passer-by tried to ease tensions, placing herself between the protesters and the commuter. But the driver was adamant to free the road from what he described as a “take-over”.

He was quickly joined by another driver who grabbed one of the two remaining protesters by the feet and dragged him off the road.

The white Renault car finally made its way through the road, with its driver insulting the two remaining climate activists who laid down on the road to block traffic.