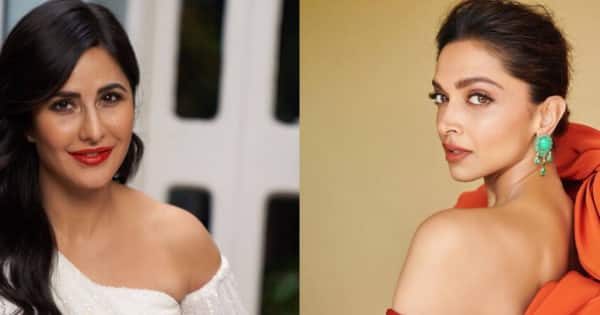 The much-awaited film Pathaan was released today, and fans are going gaga over Shah Rukh Khan’s return to the silver screen. The team didn’t opt for heavy promotions but Katrina Kaif added her share in the promotion. A day ahead of the release Kaif turned to Zoya to give a shoutout to Shah Rukh Khan’s film. This not just grabbed her fans’ attention but also made Deepika Padukone react to it. Also Read – Pathaan: A look at how fan clubs of Shah Rukh Khan, Deepika Padukone and John Abraham are celebrating the release of the film

Well, does this mean the enmity between the leading actresses came to an end? DP who plays the female lead in the spy thriller gave a sweet reaction to Kaif’s message. The actress got into her Zoya look from her film Tiger to send a message to those who would watch Pathaan on the first day. She informed that her friend Pathaan is on a dangerous mission and asked them to not reveal anything as it is in the interest of national security. She further added that everyone is now a part of this classified mission. Also Read – Pathaan Movie Review: Shah Rukh Khan and Siddharth Anand deliver an entertaining actioner that has mass blockbuster written all over it

This attracted Deepika Padukone who later reacted to the story. The actress not just responded to the message but also shared it on her Instagram story. Reposting Katrina Kaif’s story on her official Instagram handle she reacted with a cute teddy sticker and blowing a kiss. Well, this raises the question if the old enemies are now friends. For the unversed, the two A-lister actresses had a soured relationship in the past when Ranbir broke up with Deepika and started dating Katrina. Also Read – Pathaan box office collection Day 1: Shah Rukh Khan film breaks KGF 2 records by selling 5.56 lakhs tickets on the day of release

Pathaan is an action thriller film on patriotism directed by Siddharth Anand. The actioner features Shah Rukh Khan as a lead who is on a mission to save his country from the villain played by John Abraham. The film also stars Deepika Padukone as the female lead. The eagerly awaited film is Aditya Chopra’s spy universe under the Yash Raj Films banner. The film was released on 25th January 2023 in Hindi, Tamil, and Telugu.