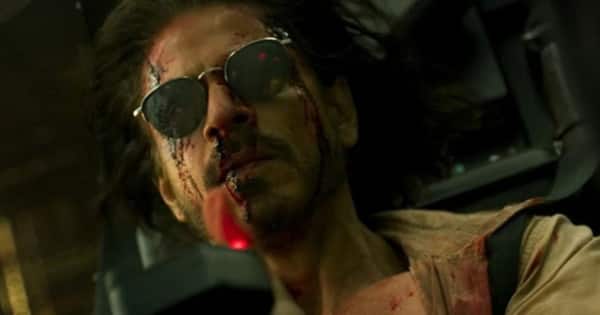 Pathaan is one of the most-awaited films of 2023. The film is directed by Siddharth Anand and features Shah Rukh Khan, Deepika Padukone, and John Abraham in lead roles. The film will hit the theatres on January 25 and is reportedly made on a budget of Rs. 250 crores. A few days ago, details of Pathaan’s OTT release were leaked on social media during the judicial hearings over its content. If reports are to be believed then, the action film Pathaan will be available to watch on Amazon Prime Video three months after its release in the theatres. Pathaan will release on the OTT platform on April 25. Also Read – Pathaan: Thalapathy Vijay fans will get to see T67 promo with Shah Rukh Khan and Deepika Padukone starrer?

The Central Board Of Film Certification has passed Pathaan for theatrical release with a ‘UA’ certificate(children allowed with parental guidance) with several visual cuts in ‘Besharam Rang’ song. If reports are to be believed, then Pathaan will once again be censored. Yes, you read that right! The film will again go through the censor process for the OTT platform. Also Read – Republic Day 2023: Hindi films that took Box office by storm on R-Day; will Pathaan break records?

Sources close to the development were quoted by TimesofIndia.com that Pathaan will go through a completely new censoring process for its release on Amazon Prime Video in April. The violence would be toned down and the language would get muted. Also Read – Pathaan: Shah Rukh Khan to heavily promote film down South after release?

It seems a new start for censorship in India and for films streaming on the OTT platforms which have permitted self-censorship. Pathaan will also star Ashutosh Rana and Dimple Kapadia in main roles. The film will be produced by Yash Raj films.

On the work front, Shah Rukh Khan will make a comeback on the big screen after Anand L Rai’s Zero film which failed miserably at the box office. King Khan also has Jawaan and Dunki in his kitty. In Dunki, Shah Rukh Khan will be seen opposite Taapsee Pannu and the film is directed by Rajkumar Hirani. While, in Jawan he will be seen alongside Nayanthara, Vijay Sethupathi, and Sanya Malhotra.