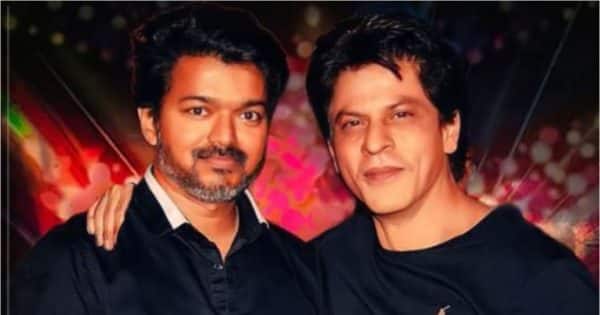 Shah Rukh Khan’s Pathaan is all set to create a storm at the box office. YRF has gone all out to make sure the movie gets a huge release all over the globe. Shah Rukh Khan fans are celebrating the film and how. The movie has also got a fab response in South Indian states like Telangana and Tamil Nadu. Now, a new rumour has started on Twitter. It is being said that a small teaser of Thalapathy 67 will come with Pathaan. As we know, the teaser of Kisi Ka Bhai Kisi Ki Jaan is coming with Shah Rukh Khan’s movie. Also Read – Republic Day 2023: Hindi films that took Box office by storm on R-Day; will Pathaan break records?

There is no confirmation on this from official sources so far. Of late, fans are loving the bond of Thalapathy Vijay and Shah Rukh Khan. When SRK was in Chennai for the shoot of Jawan, he met up with Vijay. Thalapathy also introduced the Tamil trailer of Pathaan. Lokesh Kanagaraj is going to direct Thalapathy 67. Take a look at some of the rumors on Twitter… Also Read – Pathaan: Shah Rukh Khan to heavily promote film down South after release?

#Thalapathy67 Exclusive ✅ Update : Verified :::
– T67 PROMO?67 sec Will be released on 26/1/23 along with #Pathaan
– JD Character from Master also part of it so @actorvijay dual role ? pic.twitter.com/GCUfkX5kIm

Thalapathy 67 is going to be a gangster movie. It stars Vijay, Prithviraj Sukumaran, Fahadh Faasil, Trisha Krishnan and Sanjay Dutt. It is being said that Chiyaan Vikram will also be a part of the movie. He has alloted around 30 days for the same. It will be similar to how Suriya came as Rolex in Vikram. The makers are targeting a festival release somewhere from October to December 2023. In the movie, Thalapathy Vijay will be playing the role of a Mumbai based gangster. If the promo is indeed coming with Pathaan, it is big news indeed. Also Read – Kisi Ka Bhai Kisi Ki Jaan teaser date out: Big news for Salman Khan, Shah Rukh Khan fans; Khans ensure double treat