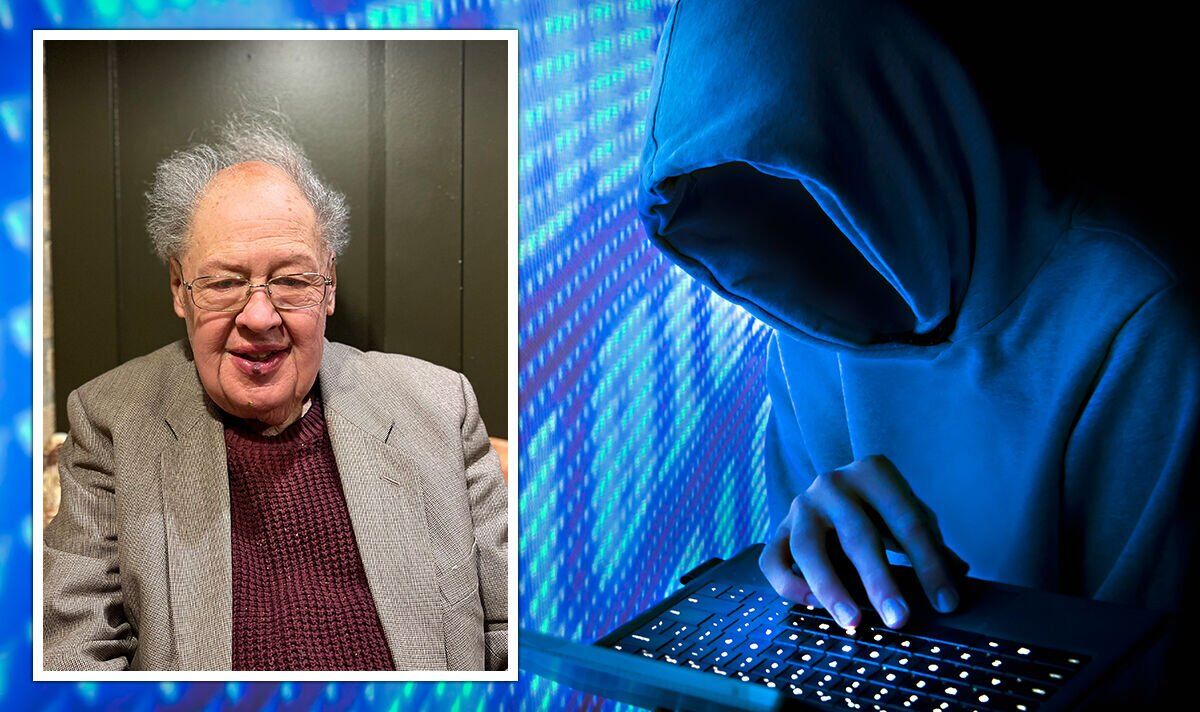 Pensioner, 85, ‘numb with shock’ after being hit by ‘spectacular’ gardening scam

Denis Robinson, 85, from Nottingham, has sadly found himself the target of multiple scams by different criminals. The former journalist has been hit a total of five times by five different scammers.

Mr Robinson is now being supported by a partnership between Nationwide Building Society and older person’s charity Independent Age.

He explained: “The most spectacular scam was when I had a glossy leaflet through my door advertising gardening services for older people.

“It looked professional and as a result I didn’t think to check how much the person would charge.

READ MORE: Frozen pensioners slam Hunt as they miss out on 10.1% rise

Some will prey on the elderly who may require help around the house to offer services at an inflated price.

Sadly, this was not the end of Denis’ scam woes, and he was targeted on other occasions.

He continued: “I’ve also had someone knock on my door, demanding money for work they had done on the outside of the house while I was out.

Instances of these types of scams are unfortunately rife, and older people are often considered a prime target.

READ MORE: Mum says Tesco hack could save £150 a month on food shop

Analysis of data from Nationwide Building Society showed 25 percent of all scam victims are aged 65 and over.

Impersonation scams, where a criminal claims to be from an official agency or family member, are the most common amongst this age group.

The data showed if someone aged 65 or over falls victim to this type of scam, they are likely to lose more than twice the amount of money when compared to a younger victim.

Denis warned people to stay alert, and added: “You can feel foolish when it comes to scams, and the scammers can be so brazen.

“It’s important to know how to protect yourself, and to have the emotional support there if needed.”

Nationwide and Independent Age will now work together to provide additional support for older members who fall victim to a scam.

Members of Nationwide who have been targeted will be directed to the charity’s free helpline to gain further assistance and support.

Jim Winters, Director of Economic Crime at Nationwide Building Society, said: “Every day, we see the devastating effects that scams can bring to people’s lives.

“As well as the financial impact, which can see people losing life-changing amounts, there is the emotional toll which can leave people feeling vulnerable.

“Our partnership with Independent Age will allow our older members who fall prey to a scam to receive ongoing support with both their financial and wellbeing needs as well as continuing our efforts to educate people about scams so they can hopefully prevent themselves falling victim to the crime in the first place.”