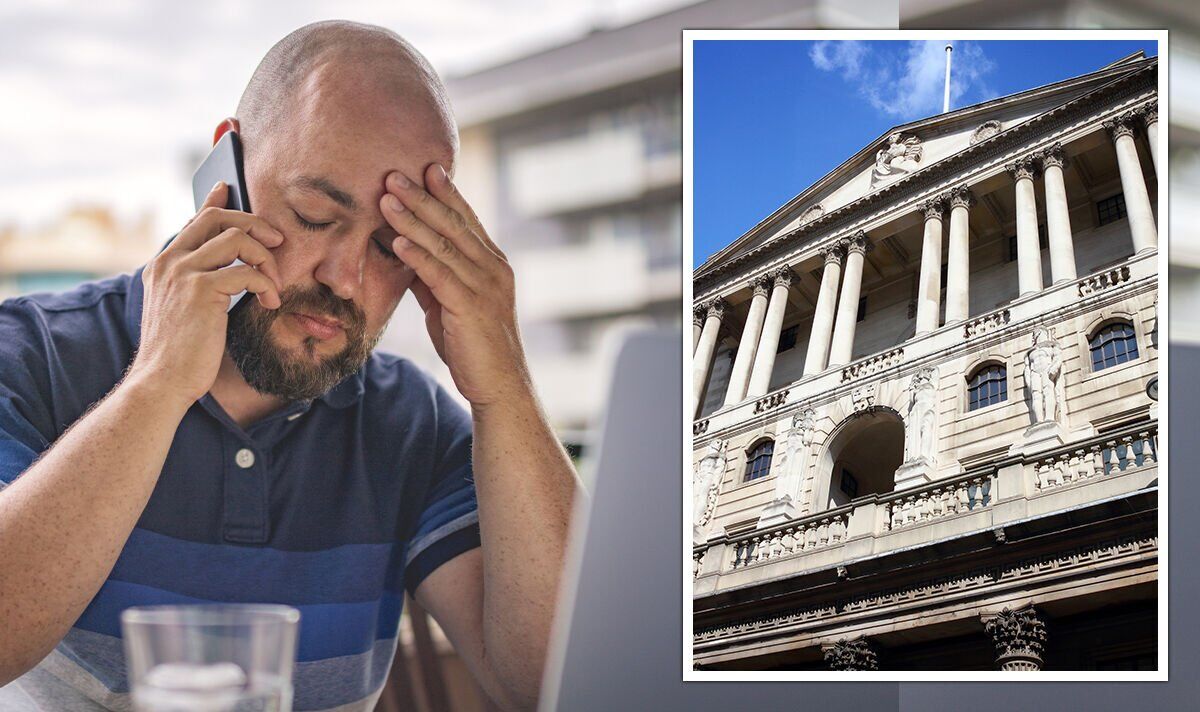 Yesterday the Bank rose the base rate from 1.25 percent to 1.75 percent , its highest level since December 2008. This could be seen as good news for saver as this prompted some bank and building societies to raise the interest on some savings accounts.

Laura Suter, head of personal finance at AJ Bell, said: “Savers are the only winners of any interest rate hike,” as they could in turn see higher rates of return for their savings.

The monetary policy committee (MPC) expects an increase in the energy price cap to about £3,500 in October to result in inflation rising to 13.3 percent – its highest since 1980 – and to trigger a five-quarter recession that will last from the final three months of this year until the end of 2023.

Express readers have expressed their rage at the base rate increase as inflation predictions only continue to erode wealth.

Bow Bell said: “Do the maths, how can the saver be the winner with inflation running at over none percent forecast this year to hit 15 percent? No one will win.”

READ MORE: ‘Worth a try’ Mum shares ‘substantial change’ that helped save £95 a month on energy bills

Broadbeans said: “The good news for savers has come too late, we like many had a little money in an account for emergencies.

“Like many we have seen a pittance interest for years. Now with the high cost of living, our saving are virtually gone.”

Bandersnatch wrote: “‘Savers are only winners?’

“Give us a break, for many years we’re the only losers.”

Newcastle Building Society has decided to pass the increase on in full which will see 99 percent of savers with a variable rate product benefit from a 0.50 percent increase from August 25.

However inflation currently sits at 9.4 percent, which is no match for interest rates at the moment.

After reading the news, MolotovPrawnCocktil said: “Cash should only be kept in these accounts for emergency expenses.

“Actual savings should be not be kept in cash as it’s a minus eight percent savings account once inflation is taken into account.”

Tabatha stated: “Unless you have a really large amount in your savings account, you will not get very much and the rising costs will totally outstrip any interest you might earn.”

And JoyDivision said: “Savers are the losers because inflation will erode their value.

“The biggest winners are those in mortgage debt whose wages match or exceed inflation, the value of that debt will drop massively in comparison to the interest rate increase.”

Some users have also taken to Twitter to express their rage at the situation.

GyllKing said: “Tomorrow the Bank of England will increase interest rates to 1.75 percent – the biggest rise in 27 years as inflation is predicted to reach 15 percent.

“This stupid & cruel policy by the BoE will not deal with inflation caused by corporate greed & price gouging but it will cause more suffering.”

While LGalloway77 stated: “Interest rates up to 1.75 percent. Inflation forecast to reach 13 percent.

“And a recession beginning in Autumn predicted to last more than a year.

“What are our Government doing? People will not survive this!”