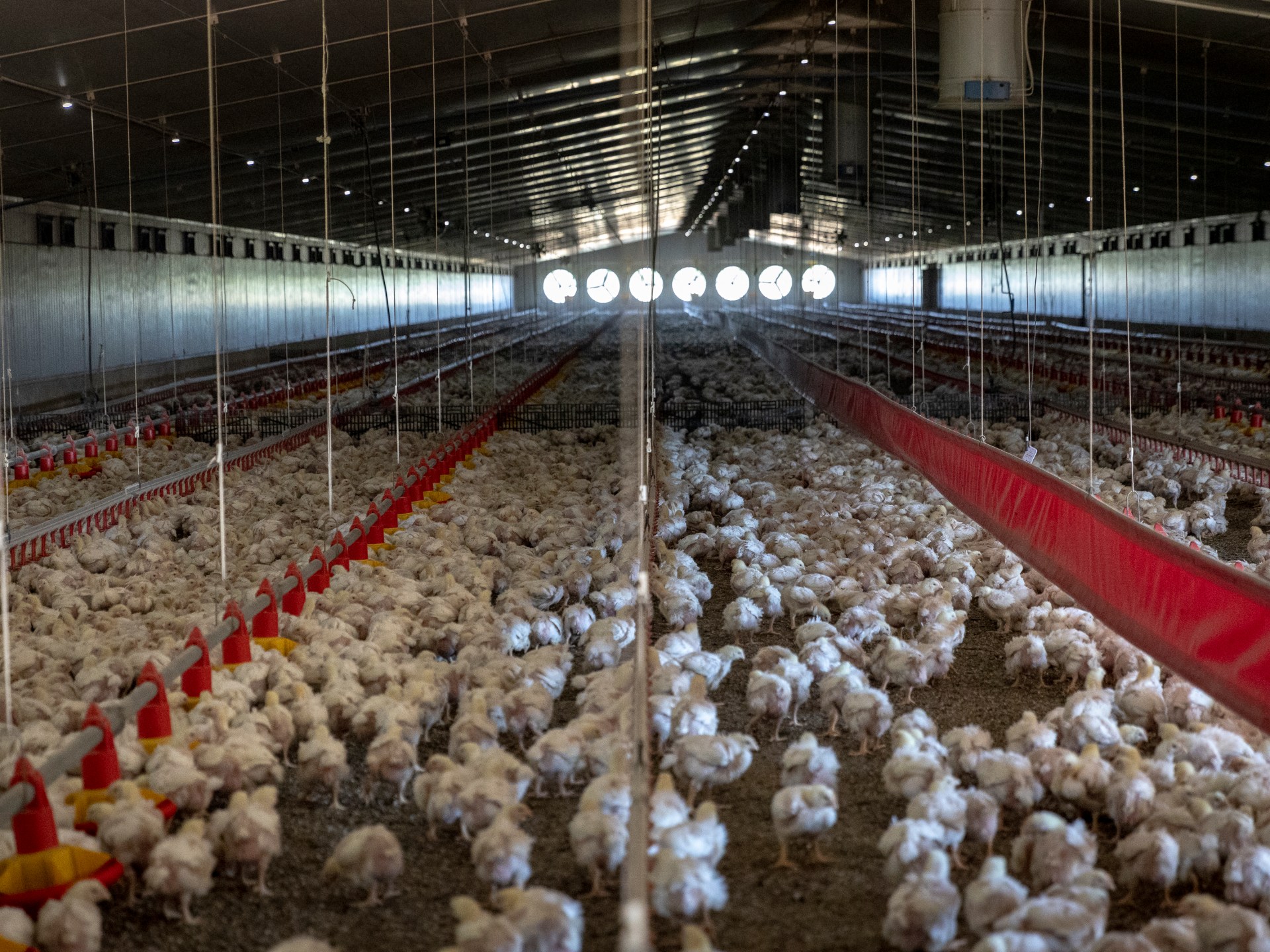 “The affordability of food is going to be a challenge, particularly to the lower income household, especially with chicken, which is one of the cheapest protein staples in the country,” Agri SA’s chief economist, Kulani Siweya, told the Agence France-Presse news agency.

But the outages reached new extremes over the past 12 months as Eskom has also had to deal with strikes and wage disputes.

Poultry farmer Herman du Preez said at least 40,000 of his chickens were asphyxiated last week when disruptions to his power supply caused his farm’s ventilation system to stop working.

“It wasn’t a pretty sight to see how much money we lost due to the fact that Eskom is so unreliable,” Du Preez told AFP on Monday at his farm in the North West province.

“The milk industry is also having challenges with processing their milk, and the load shedding does impede on their cold storage facilities,” Siweya said.

In a Monday newsletter, President Cyril Ramaphosa said he was aware of the “farmers that are unable to keep their produce fresh” as a result of blackouts.

But he offered no promise of ending the scheduled cuts anytime soon.

“We must be realistic about our challenges and about what it is going to take to fix them,” the president wrote. “While we all desperately want to, we cannot end load shedding overnight.”