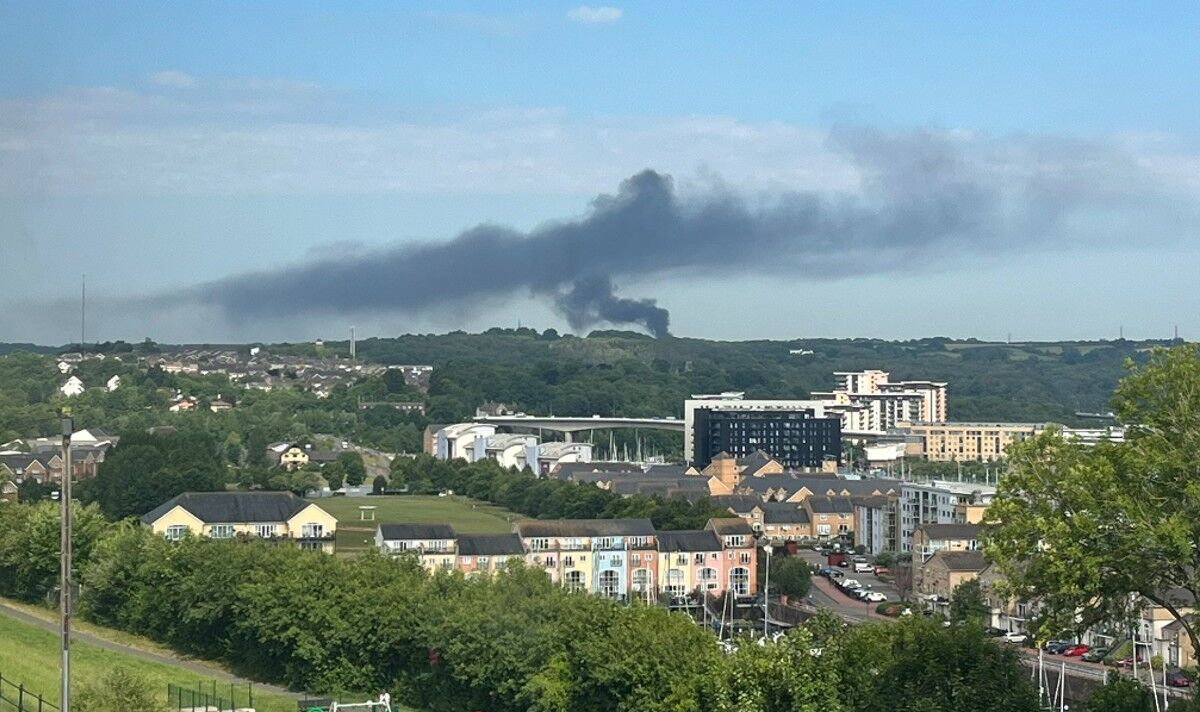 Firefighters were alerted about the blaze at around 9am today.

In an update on Twitter, the South Wales Fire and Rescue Service urged residents in the vicinity of Wenvoe to “keep windows and doors closed as a safety precaution due to the large volumes of smoke in the area.”

A spokesperson for the service said: “Firefighters are currently attending the scene of a large fire in the Pen-y-lan / Wenvoe area of Cardiff.

“At approximately 9:01am on Thursday the 23rd of June 2022, we received reports of smoke in the area near Cwrt-Yr-Ala-Road in Wenvoe, Cardiff.