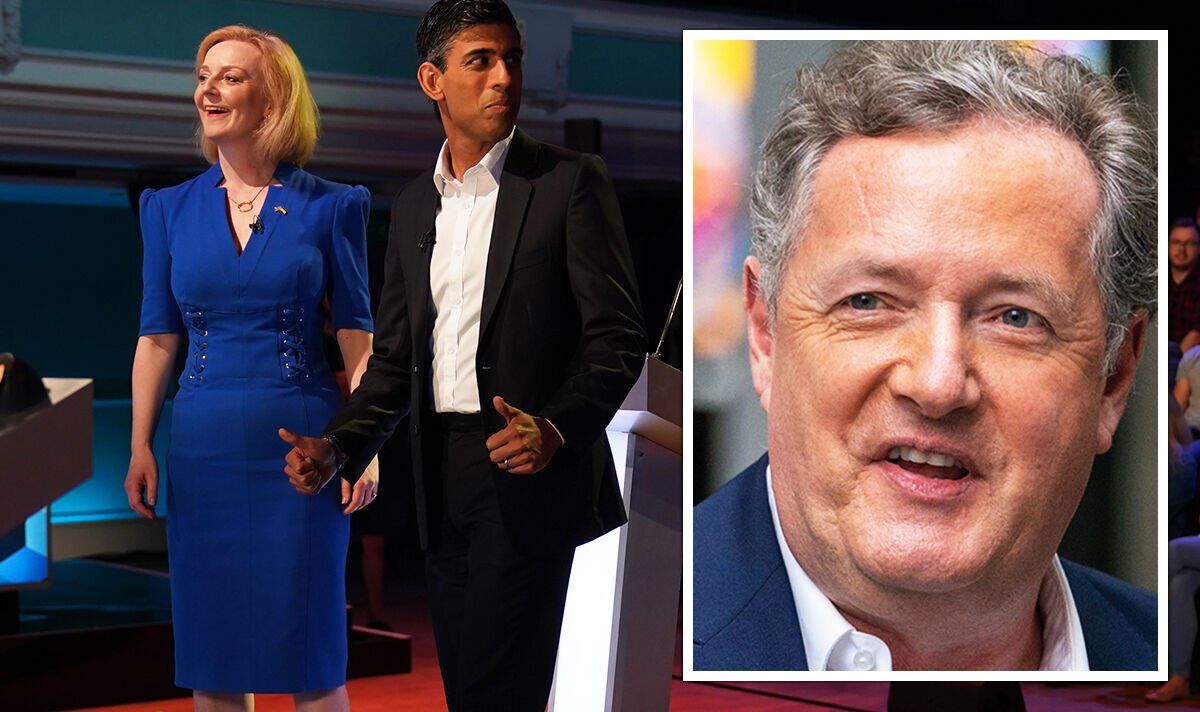 Mr Sunak and Ms Truss are the final candidates in the contest for the keys to No10, and according to Mr Morgan, the race is tight. While he expressed trust in the former Chancellor on the financial front, he acknowledged the sharpness the Foreign Secretary is showing during the campaign.

The TalkTV presenter tweeted: “I think Rishi Sunak is a better option for PM given the financial crisis and his plans/ability to combat it, but Liz truss is proving to be a far cannier political campaigner and her style/rhetoric is clearly resonating way more effectively with Tory members.”

Mr Morgan’s comments came as the two leadership hopefuls grant interviews and deliver speeches in which they set out their policies and visions in the hope MPs will choose them once they receive their ballots from Monday.

On Saturday, Ms Truss unveiled her plans for housing, including helping renters get mortgages.

Government figures estimate over 50 percent of renters can afford the monthly cost of a mortgage, but only six percent can get access to a typical first-time buyer mortgage.

According to NHS England, over 15 million appointments at GPs go to waste each year.

However, until now doctors have resisted ideas of fines to patients who miss appointments, worrying it could scare people away.

Mr Sunak and Ms Truss are facing each other at a total of 12 Tory hustings around the country.

The first one took place on today (Sunday) in Leeds, and the final one will be on August 31 in London.

Mr Sunak has consistently trailed Ms Truss in polls of party members, with former leadership contender Tom Tugendhat, who chairs the Commons foreign affairs committee, becoming the latest to throw his vote behind the Foreign Secretary.

Mr Tugendhat, who was knocked out in fifth place, said Ms Truss could unite the Conservative Party.

Writing in The Times, he said the Foreign Secretary’s international experience also persuaded him to endorse her.

The two politicians shared a warm embrace at a campaign event at Biggin Hill Airport in south London on Saturday, during which he said Ms Truss’s promises of tax cuts are based on “true Conservative principles”.

Ballot papers will start landing on Tory members’ doorsteps on August 1, while paid-up supporters have been told by the part to expect them between August 1 and 5.