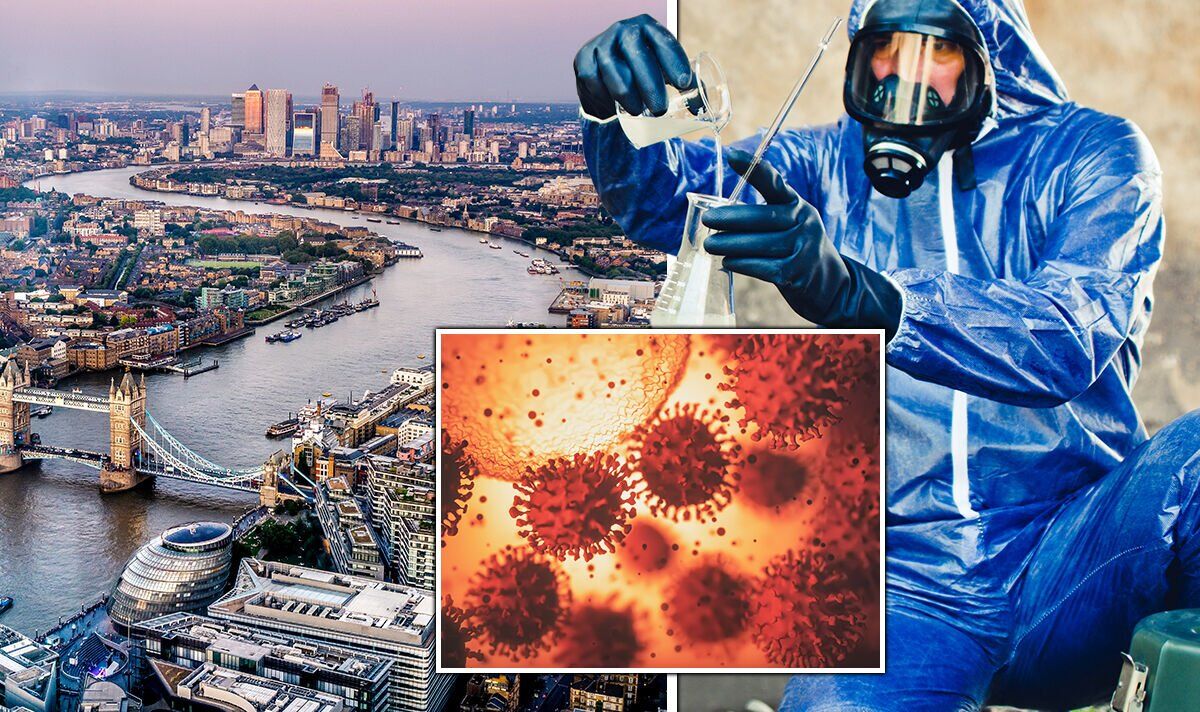 The UK Heath Security Agency (UKHSA) is now working with the Medicines & Healthcare products Regulatory Agency (MHRA) after the disease was found in sewage samples collected from the London Beckton Sewage Treatment Works.

The virus was thought to have been eradicated from the UK in 2003, but similar viruses were detected in the sewage samples taken between May and February.

Under routine surveillance, it is common for one to three “vaccine-like” polioviruses to be detected annually UK sewage samples.

These usually come from an individual vaccinated overseas who had a live oral polio vaccine (OPV) and has returned or travelled to the UK.

These individuals briefly “shed” traces of the vaccine-like poliovirus in their faeces.

The findings are usually a one-off and do not get redetected, which means they do not spark alarm for the health authorities.

But the latest findings have shown that the virus in February-May samples has continued to evolve.

Experts have classed it as a “vaccine-derived” poliovirus type 2 (VDPV2).

Whilst it is rare, this has the potential to cause serious illnesses, like paralysis, in people who are not fully vaccinated.

The detection of a VDPV2 indicates a likelihood that some spread between closely linked individuals in North-East London has occurred.

“Most of the UK population will be protected from vaccination in childhood, but in some communities with low vaccine coverage, individuals may remain at risk.

“We are urgently investigating to better understand the extent of this transmission and the NHS has been asked to swiftly report any suspected cases to the UKHSA, though no cases have been reported or confirmed so far.”

Jane Clegg, Chief nurse for the NHS in London, reassured that most people will be protected.

She said: “The majority of Londoners are fully protected against Polio and won’t need to take any further action, but the NHS will begin reaching out to parents of children aged under five in London who are not up-to-date with their Polio vaccinations to invite them to get protected.

“Meanwhile, parents can also check their child’s vaccination status in their Red Book and people should contact their GP Practice to book a vaccination should they or their child not be fully up-to-date.”

The last detected case of poliovirus in the UK was detected in 1983.

The World Health Organization considers Britain to be polio-free, but vaccine coverage for childhood vaccines has decreased nationally and especially in parts of London over the past few years.

Worldwide, cases due to wild poliovirus have decreased by over 99 percent since 1988.

In some cases, it can be life-threatening.

Some symptoms include a high temperature, extreme tiredness, headaches, muscle pain and a stiff neck.

According to the NHS, these usually last around ten days.