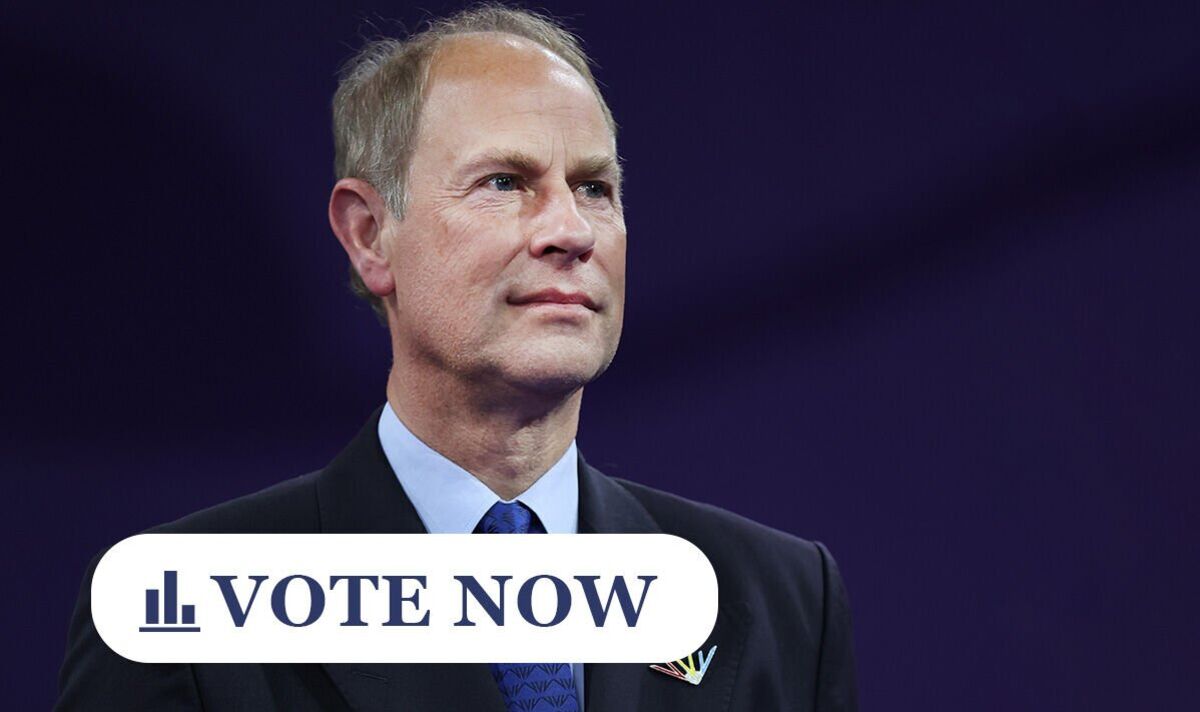 POLL: Should Prince Edward be given the Duke of Edinburgh title?

Edward was promised the Edinburgh dukedom by Queen Elizabeth II and Prince Philip on his wedding day but following Charles’ ascension to the throne, when the title reverted to the Crown, he was not given the title.

The King reportedly considered seven-year-old Princess Charlotte as the heir apparent for the title when she was older. A source close to Edward told the Daily Mail: “It was a slap in the face, particularly when Edward has been such a help to Charles over the Andrew farrago.

“Also because the Queen had promised him the title before she died and it was always believed by Edward and Sophie that, in time, the title would then be passed down to their son, Viscount Severn. Now it does look like the tide is turning. Clearly, the King has had time to reflect on the late Queen’s wishes.”

The Edinburgh dukedom is historically important in the maintenance of the union with Scotland and as a result, Charles could request that the title reverts to the Crown after Edward rather than it being inherited by his son James, Viscount Severn.

So what do YOU think? Should Prince Edward be given the Duke of Edinburgh title? Vote in our poll and leave your thoughts in the comment section below.