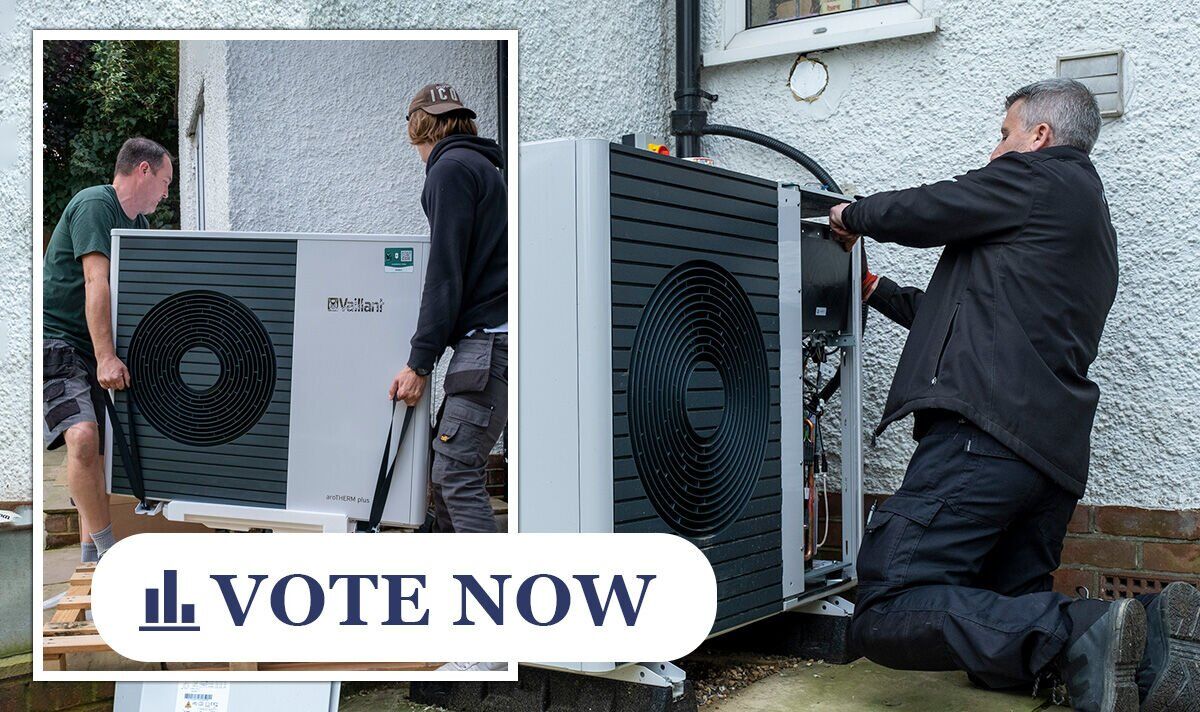 POLL: Would you install a heat pump to save the planet?

The UK has the lowest rate of uptake of heat pumps in Europe which threatens the Government’s targets to reach net-zero carbon emissions by 2050. Each year the Government aims for 600,000 homes to install a heat pump until 2028.

However, the cost of installing a heat pump is up to 10 times the average £1,500 gas boiler meaning many households are reluctant to make the change to save the planet.

Just 42,779 domestic heat pumps were installed in the UK last year, which is well below the Government target.

Only 1.48 domestic heat pumps were installed per 1,000 households in the UK last year, according to data from the European Heat Pump Association.

This is compared to the highest level of uptake at  49.77 heat pumps per 1,000 households in Norway.

The Independent Climate Change Committee predicts that the UK needs an uptake of 15.3 installations per 1,000 households to meet the nation’s net-zero targets by 2050.

Mr Rosenow said that in the UK, “the running costs of gas were cheap, electricity was more expensive. That was a key factor in the lower uptake.”

He added that most European countries that have achieved higher rates of heat pump installation have successfully addressed this imbalance between gas and electricity prices.

Secretary-general at the European Heat Pump Alliance, Thomas Nowak, said that the UK Government needs to “make the cleanest heating solution the most economically attractive.

“This can be done through the introduction of a carbon dioxide price and rebalancing of energy taxation.”

So what do YOU think? Would you install a heat pump to save the planet? Vote in our poll and leave your thoughts in the comment section below.