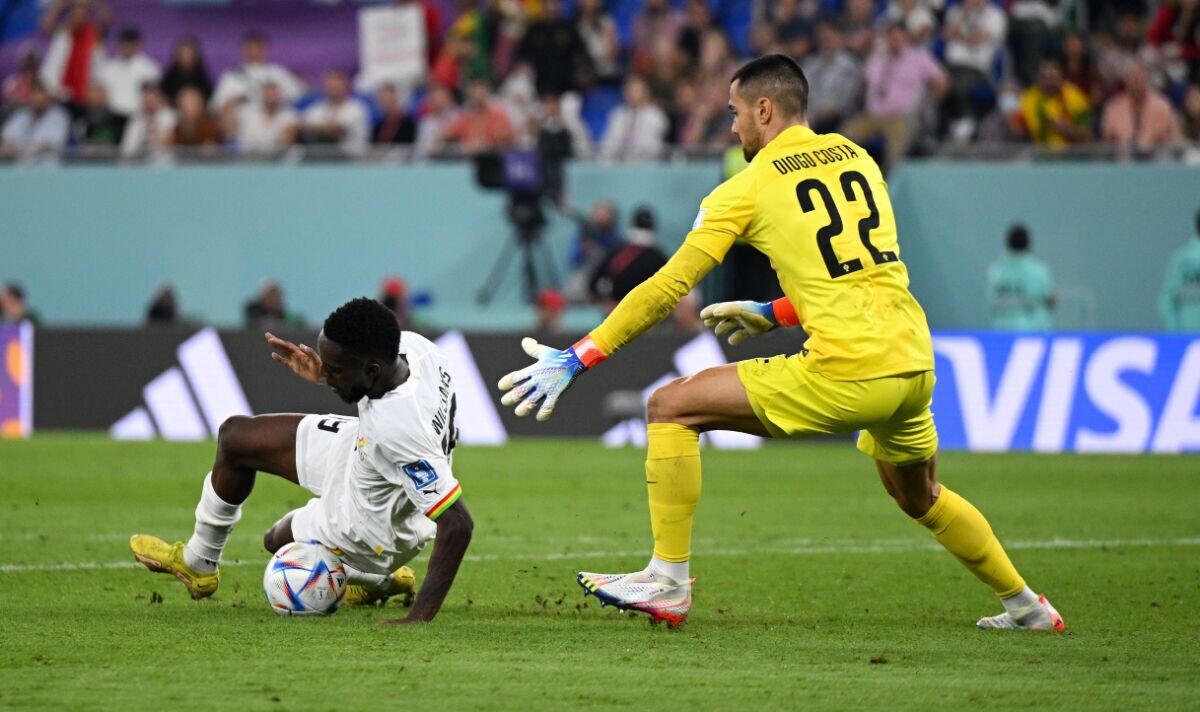 Speaking about the incident, Roy Keane told ITV: “The striker has obviously been very, very clever, but as a goalkeeper you have to be aware. You see goalkeepers look over their shoulder, he doesn’t, and only for this slip (do Ghana not equalise).

“He’s very lucky, he’s got away with one. But he’s a young goalkeeper, you learn from these mistakes even if he’s got away with it, I don’t think he’ll be doing it again soon.” Portugal were far from convincing in their World Cup opener despite their win, with scoring three goals looking impossible based off of their first-half display. Cristiano Ronaldo, Joao Felix and Rafael Leao were all on the scoresheet for the Euro 2016 victors, though Fernando Santo will be calling for his players to perform with more belief and energy if he is to help them to progress to the latter stages of the competition.