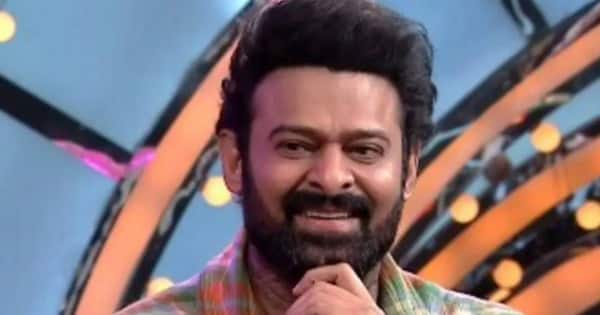 Prabhas is currently on a movie spree having multiple films on the table for release in the next two years. He is busy shooting various projects simultaneously bouncing from one set to another. Right now he is shooting for a Telugu film Salaar and next in the pipeline is Project K. The pan-India star has a fantastic lineup of upcoming movies. Also Read – KGF to have 5 sequels developed like Bond franchise; but not with Yash?

Reportedly he is juggling between two projects shoots. Till the first half of the next month i.e. February, he will shoot for Salaar, and post that he will commence filming Project K. Apart from these he has more films to his commitments and will be working on them soon. Adipurush and Salaar are scheduled to release this year while the latter is still under production. Also Read – Pathaan Box Office: Will Shah Rukh Khan’s movie end Baahubali 2’s record of biggest opening for a movie on a non-holiday? Film giving stiff competition to Yash KGF 2 as well [Check Stats]

The superstar also has Spirit and Maruti’s next project in the pipeline. Reports suggest that he is expected to share the screen with Hrithik Roshan in Mythri Movie Makers’ next film. It will be directed by Pathaan’s director Siddharth Anand, who ideated to bring the two superstars together. Take a look at the exciting slate of Prabhas. Also Read – Alia Bhatt to Katrina Kaif: Bollywood divas who romanced South Indian film industry superstars

Adipurush is a mythological drama based on Ramayana. The film has sparked controversies and been a target of ban for hurting the sentiments of Hindus. It features Prabhas as Ram, Kriti Sanon as Sita, Saif Ali Khan as Ravan, and Sunny Singh as Laxman. Directed by Om Raut the film is produced by T-Series Films and Retrophiles. It has been posted to release on 16th June 2023.

This is another film of Prabhas to release this year. It is an action thriller film starring the superstar alongside Prithviraj Sukumaran, Shruti Haasan, and Jagapathi Babu in leading roles. The Telugu upcoming film is directed by Prashanth Neel. KGF star Yash is said to have a cameo in Salaar, expected to release on 28th September 2023.

Project K is a science fiction film pairing Prabhas and Deepika Padukone for the first time. Project K is the working title of Nag Ashwin’s directorial film. The film stars Deepika Padukone Amitabh Bachchan and Disha Patani in the lead role alongside Prabhas. The movie is produced by Vyjayanthi Movies in Hindi and Telugu language.

Prabhas will be seen in Sandeep Reddy Vanga’s Spirit. It is a romantic action entertainer movie starring Prabhas in the role of a cop. The shoot is expected to commence in November this year. The high-octane action film will be produced by Bhushan Kumar’s T-Series.