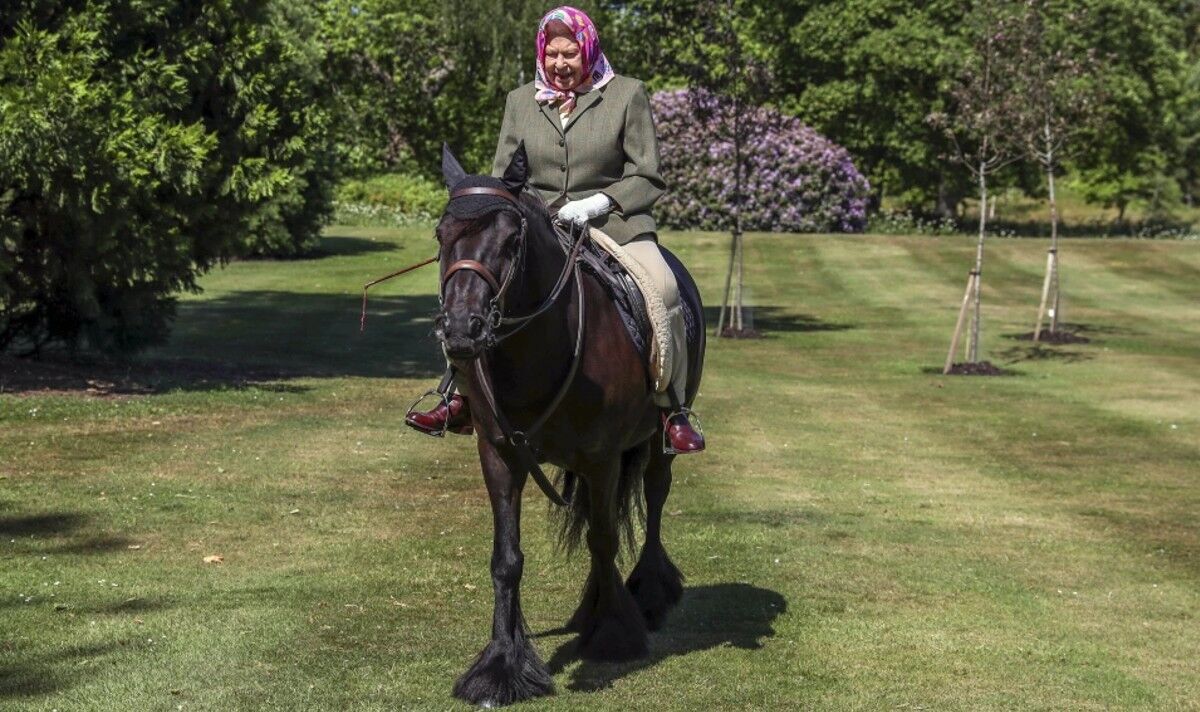 The monarch, 96, was reportedly told to stop horse riding last September after experiencing “discomfort”. But nine months later, Her Majesty is said to have been for gentle trips around Windsor.

A Windsor Castle source told the Sun: “The Queen has enjoyed being on her horse again.

“The Queen had missed her riding over these nine months.

“She had been able to whizz around the castle’s Quadrangle in her golf buggy to walk her corgis.

“Riding again is a wonderful sign after all those worries we had about her health.

The Queen, who is facing ongoing mobility issues, is known for her love of horses.

She is said to have been left “extremely disappointed” when she was unable to ride.

A Balmoral source said last October: “She was in quite a bit of discomfort.

However she delighted royal fans with two appearances on Buckingham Palace’s balcony during the recent Platinum Jubilee celebrations.

She has also been pictured without her walking stick twice this week.

The Queen’s reported return to horse riding will be a boost after she missed the whole of Royal Ascot earlier this month for the first time in her 70-year reign.

Speaking at last year’s Royal Ascot, Camilla opened up on the monarch’s love of horse racing.

The Duchess of Cornwall told ITV Racing: “Well I think this is her passion in life and she loves it, and you can tell how much she loves it.

“She could tell you every horse she’s bred and owned from the very beginning – she doesn’t forget anything.

“I can hardly remember what I bred a year ago but she’s encyclopaedic about her knowledge.”

The Liveried Helper vacancy is being advertised on the Royal Household website.

The role will involve caring for and training the Queen’s carriage horses, as well as maintaining the carriages and coaches.