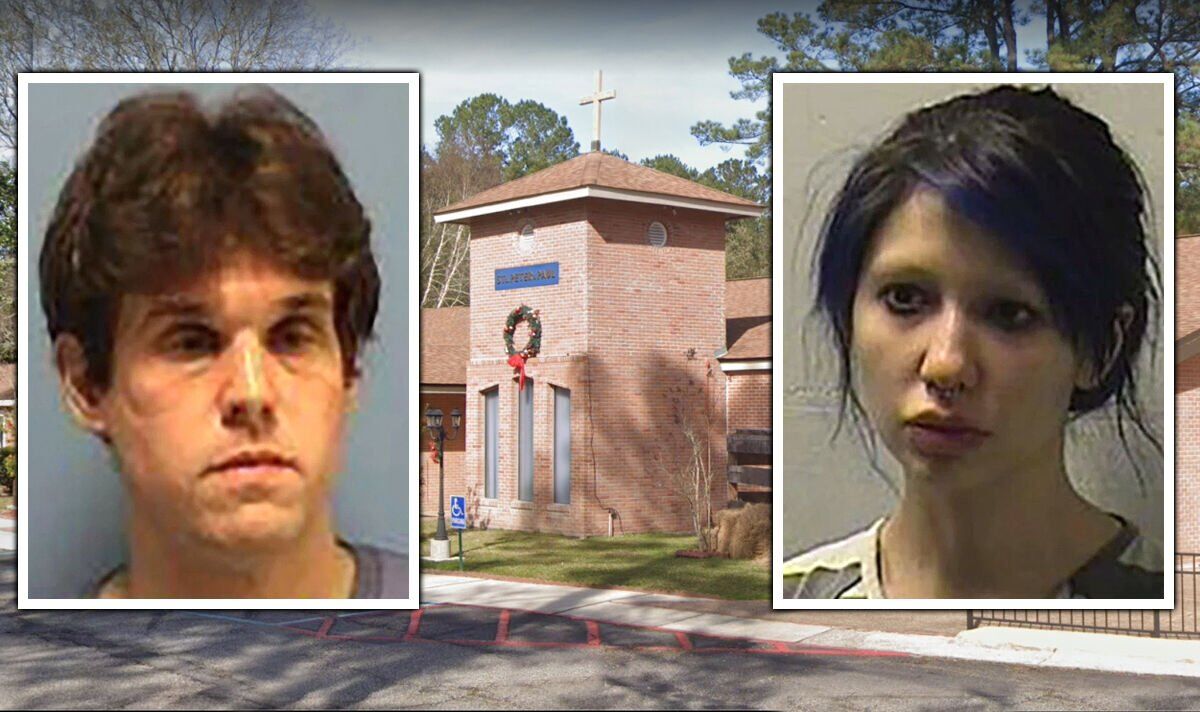 They saw Clark naked on the altar in the middle of a sex act with the corseted women, who were wearing high-heeled boots, prosecutors said.

The scene took place in front of a camera on a tripod, the witness told police.

In the aftermath, Clark lost his job at the church in Louisiana, US, with Archbishop Gregory Aymond “infuriated”.

Upon replacing the altar, Archbishop Aymond said: “His obscene behaviour was deplorable.

“His desecration of the altar in the church was demonic.”

He admitted a felony obscenity charge at a courthouse in Covington, Louisiana on Monday.

READ MORE: Wheelchair that can be controlled with brain signals created in Texas

A lawyer representing the dominatrices, Mindy Dixon, 43, and Melissa Cheng, 25, said they had been hired for “role play” and were performing consensual acts when they were arrested on September 30, 2020.

They pleaded guilty in July to only misdemeanour counts of institutional vandalism and were given two years of probation each.

In response to Clark’s sentencing and the removal of priesthood, defence attorney Michael Kennedy said: “I believe my client is far less likely to find himself in a similar situation ever again.

“Wherever life takes Mr Clark from here, I hope it finds him well and able to put this fully behind him.”