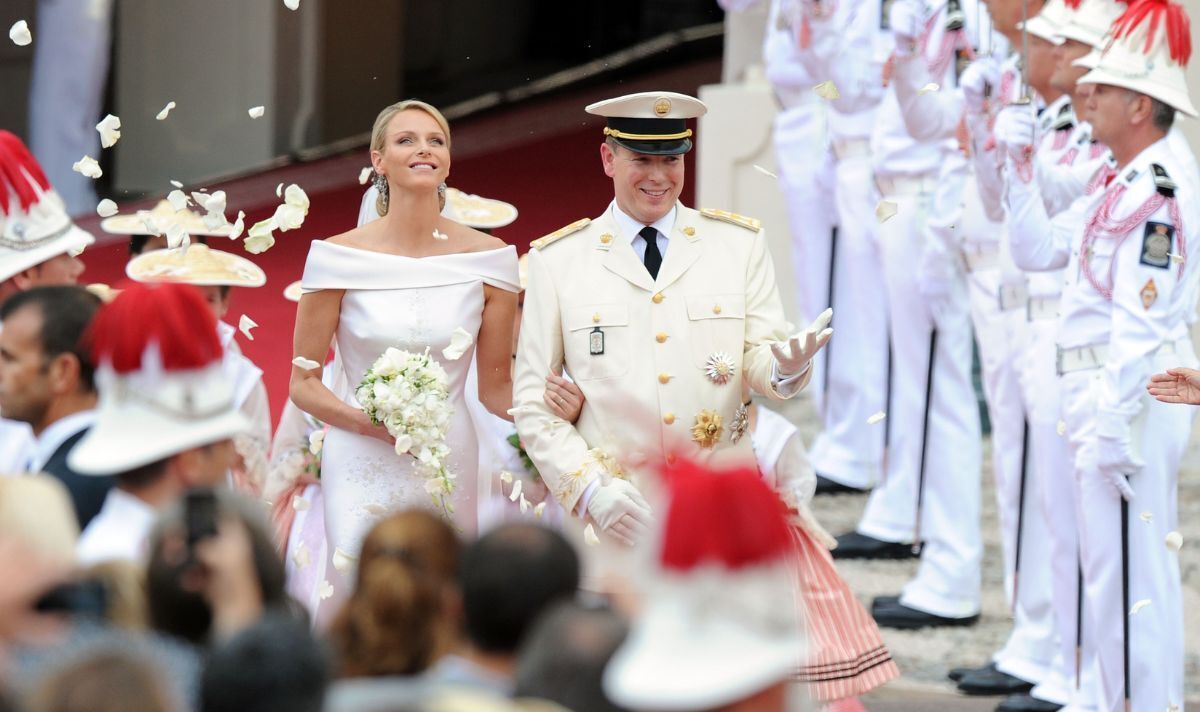 The couple have had a rocky time of late with Charlene residing in South Africa and Switzerland for most of 2021 following her struggle with an unknown illness. Due to her absence, many suspected that the couple would be filing for divorce and so the news of their wedding anniversary overjoyed many royal fans.

The couple were flooded with messages from well-wishers and the royals paid back in kind by sending thank you cards in response.

It read: “TT. SS. HH Prince Albert II and Princess Charlene asked me to thank you most sincerely for your kind wishes sent on the occasion of their eleventh wedding anniversary.

“Your thoughtfulness has been greatly appreciated by Their Serene Highnesses”.

The card was then signed off by Ms Sprile and featured an up to date image of the couple at the palace.

Princess Charlene, 44, is pictured in a white dress with a gold statement necklace and a cropped bob hairdo.

Prince Albert, 64, stood beside his wife with his arm around her waist in a suit with a pale blue tie as they were pictured in front of the flag of Monaco and the royal crest.

The anniversary this year was a particular milestone for the couple following two years of being apart from each other on their anniversary due to Charlene’s severe ear, nose, and throat infection in May 2021.

She added: “My state of health is still fragile, and I don’t want to go too fast.”

For those continuing to doubt her commitment to her marriage, the Princess said: “I am very happy to be back home in Monaco and with my family.

“They are my priority,” she said speaking of her twins Princess Gabriella and Prince Jacques, both seven-years-old.

Upon her arrival back in Monaco she said that she “focused all [her] energy” into Albert and the children.