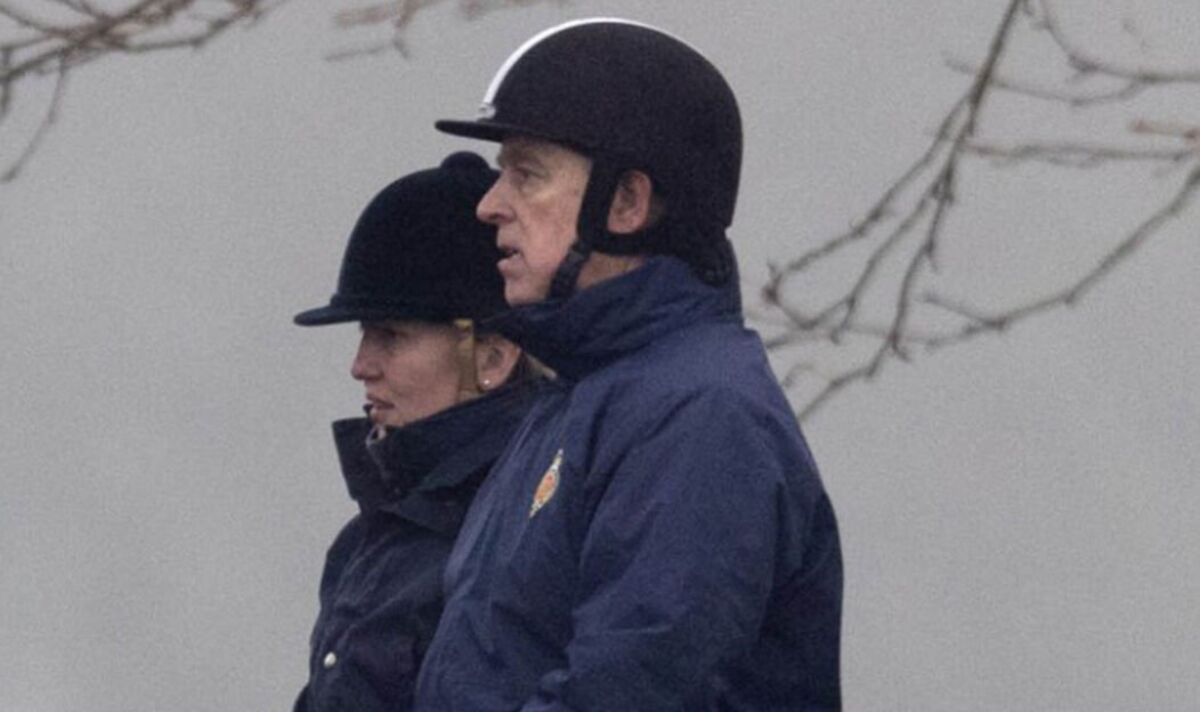 Prince Andrew stepped out of the Royal Lodge, his home in Berkshire, for a horse riding session this afternoon. The Duke of York appeared stern and focused while on his horse. He wrapped himself up in a blue jacket and black trousers to fend off the cold weather.

Pictures of the Duke horse riding emerged amid reports his accuser Virginia Giuffre has signed a book deal, almost one year after settling out of court her civil lawsuit against the Queen’s second son.

Ms Giuffre, who says to have been one of the victims of Jeffrey Epstein and Ghislaine Maxwell, has already written a memoir detailing her abuse at their hands, although it was never picked up by a publisher.

The manuscript was first publicly mentioned in a batch of court records related to her lawsuit against Maxwell, settled in May 2017.

The renewed spotlight on Ms Giuffre could prove uncomfortable for the Duke as the Coronation of his brother King Charles draws nearer.

Ms Giuffre launched in the summer of 2021 a lawsuit in New York against Prince Andrew, accused of sexual assault against her when she was 17 and being trafficked by Epstein.

Prince Andrew has repeatedly and vehemently rejected her allegations against him.

During his now infamous interview with Newsnight Emily Maitlis entirely focused on his association with convicted sex offender Epstein, the Duke of York claimed to have no recollection of ever meeting Ms Giuffre.

The backlash sparked by that 45-minute long interview aired in November 2019, during which Andrew was criticised for not showing sympathy to Epstein’s victims, prompted him to temporarily step back from public duties and relinquish the use of his HRH style.

In January last year, after the Duke’s lawyers failed to have the civil lawsuit dismissed by judge Lewis A. Kaplan, Andrew returned his military and royal patronages to his mother the Queen.

A few weeks later, Prince Andrew and Ms Giuffre reached an out-of-court settlement in February 2022, which did not consist of an admission of liability on Prince Andrew’s behalf.

The settlement included the payment by Andrew of an undisclosed sum as well as a statement, in which the Duke said he “never intended to malign Ms Giuffre’s character, and he accepts that she has suffered both as an established victim of abuse and as a result of unfair public attacks”.

The statement also read: “It is known that Jeffrey Epstein trafficked countless young girls over many years. Prince Andrew regrets his association with Epstein, and commends the bravery of Ms. Giuffre and other survivors in standing up for themselves and others.

“He pledges to demonstrate his regret for his association with Epstein by supporting the fight against the evils of sex trafficking, and by supporting its victims.”

As part of the settlement, Ms Giuffre is believed to have accepted a one-year gag clause – expiring within weeks – which has barred her over the past months from publicly repeating her allegations against the Duke.

Pictures of Prince Andrew also emerged following reports he is considering attempting to overturn the agreement struck with Ms Giuffre.

The royal was reportedly inspired to act after Ms Giuffre dropped her defamation lawsuit against high-profile US lawyer Alan Dershowitz, whom she had accused of sexually abusing her when she was a teenager.

The lawyer had counter-sued Mrs Giuffre while also vehemently denying any allegations against him.

Upon dropping the case, Mrs Giuffre said she “may have made a mistake” in accusing Mr Dershowitz.