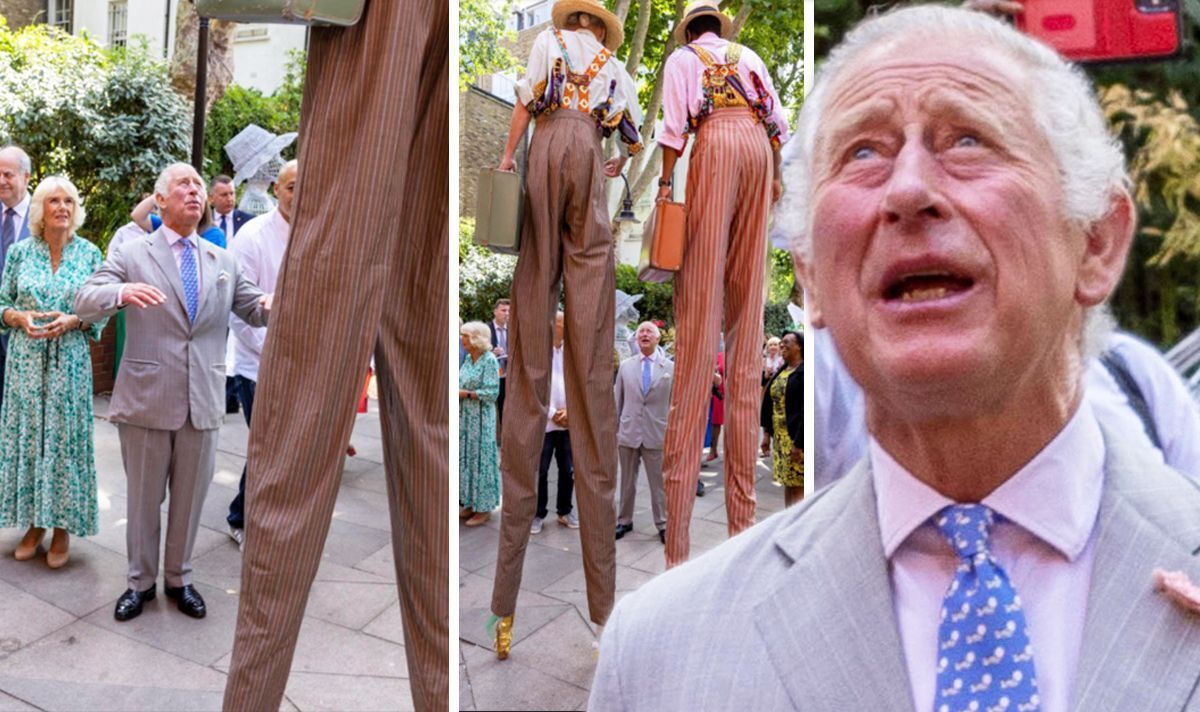 The Prince of Wales and Duchess of Cornwall were treated to a mini-carnival display during their visit. Camilla could be seen wafting a fan in the warm London sunshine while bopping along to the music, while Charles shook hands and spoke with the performers.

Notting Hill Carnival has taken place in London every year since 1966 on the streets of the Notting Hill area of Kensington.

The event, which celebrates Caribbean culture, runs for two days.

It is the biggest street event in Europe.

The festival will take place over August Bank Holiday, after a two-year break caused by COVID-19.

The Prince of Wales was spotted getting stuck into the festivities as he tried his hand at playing the steel drums enthusiastically.

He looked smart in a light grey suit and pink shirt, while Camilla stunned in a green and white floral dress.

To mark the 20th anniversary of the Carnival, Charles said it contributed to the UK striving towards “the establishment of a harmonious multi-cultural society”.

He wrote in the souvenir brochure: “The carnival is, I believe, a tremendous expression of the cultural variety which means so much as we continue to strive towards the establishment of a harmonious multi-cultural society.”

The Duchess had an early celebratory lunch on Tuesday hosted by The Oldie magazine.

During the speech, Camilla paid a touching tribute to her mother-in-law the Queen and revealed that she hopes to follow in the footsteps of her father-in-law, the late Prince Philip.