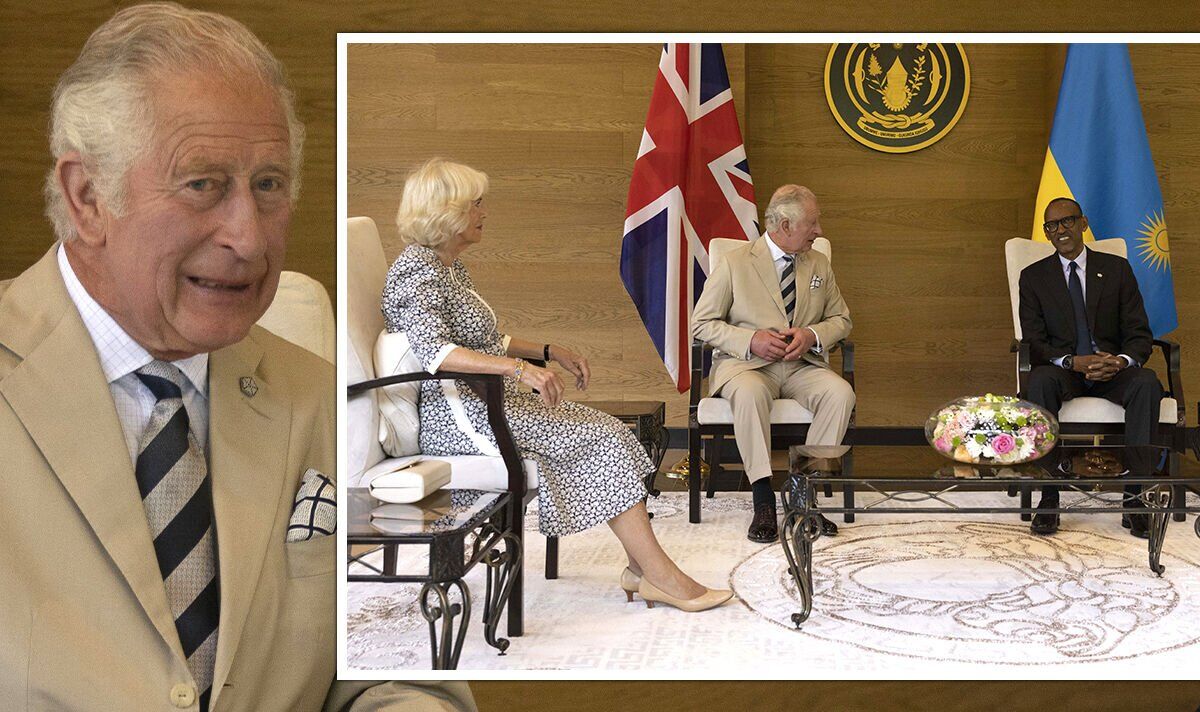 The Prince of Wales and the Duchess of Cornwall can be seen being seated with Rwandan President Paul Kagame. The President is reportedly “irked” following private comments by the Prince in which he called the Government’s Rwanda plan “appalling”.

The plan would see some asylum seekers who have entered the UK illegally have their claims processed by Rwanda and then claim asylum in that country. The deal will see the UK pay for the costs of the plan as well as an additional £120million in funding to Rwanda.

It has been opposed by various charity groups, human rights lawyers, the Church and, most recently, members of The Royal Family.

Prince Charles is said to have privately called the plan “appalling” and was especially frustrated by the plan as he is in the country to represent the Queen at the Commonwealth Heads of Government Meeting, according to a source speaking to The Times.

The Daily Express’ Royal Correspondent Richard Palmer reported that Mr Kagame was “irked” by the comments.

He said: “Prince Charles and the Duchess of Cornwall meet Rwanda’s President Paul Kagame. The President is understood to be irked by the heir to the throne’s private criticism of the deal to transport asylum seekers from the UK to Rwanda.”

Mr Palmer noted that despite the reports Mr Kagame looked delighted to meet the Royal couple.

He added: “However, President Kagame looked delighted to greet the royal couple today, according to our pool reporter there.”

A Clarence House spokesperson has denied that the Prince had tried to influence the Government over the Rwanda plan.

The ruling has prompted the Prime Minister to threaten to leave the ECHR.

Prince Charles and Camilla also visited the Kigali Genocide Memorial – where more than 250,000 victims of the Rwandan genocide are buried.

The Royal couple looked visibly moved while they toured the children’s room of the Kigali Genocide Memorial.

Prime Minister Boris Johnson has confirmed that he will join the Prince of Wales and Camilla at the summit.