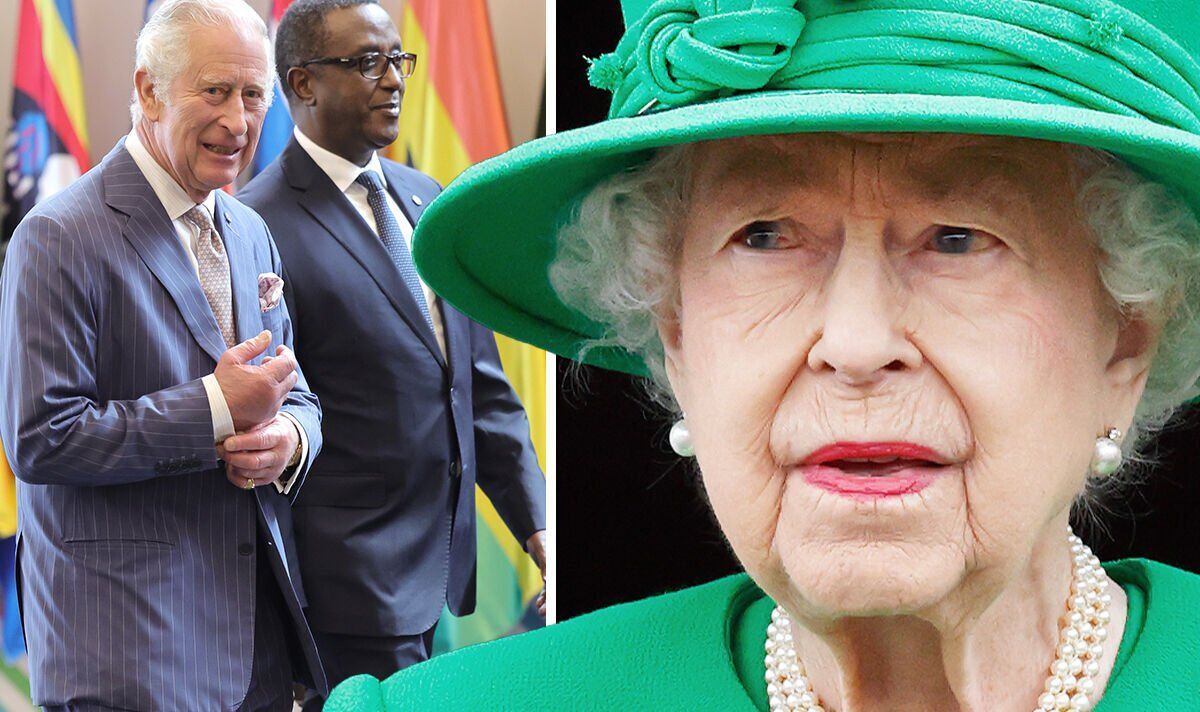 The Prince of Wales, who is the future Head of the Commonwealth, will say the process can happen “calmly and without rancour”. Charles is expected to make the comments during the opening ceremony of a summit of Commonwealth prime ministers and presidents in Rwanda.

It comes as the heir to the throne is representing the Queen at the Commonwealth Heads of Government Meeting (Chogm) in capital Kigali.

But his visit has been overshadowed by a row over reported comments he made criticising the Government’s plan to send asylum seekers to Rwanda.

In his address at the opening ceremony, Charles will say: “The Commonwealth contains within it, countries that have had constitutional relationships with my family, some that continue to do so, and increasingly those that have had none.

“I want to say clearly, as I have said before, that each member’s Constitutional arrangement, as republic or monarchy, is purely a matter for each member country to decide.

“The benefit of long life brings me the experience that arrangements such as these can change, calmly and without rancour.”

It comes as a number of Caribbean nations have already suggested they may ditch the British monarchy and elect their own heads of state.

The future King is also expected to say: “But as I said in Barbados last November, we should never forget the things which do not change: the close and trusted partnership between Commonwealth members; our common values and shared goals; and, perhaps most importantly, the strong and enduring connections between the peoples of the Commonwealth which strengthen us all.”

Charles will highlight one of the basic principles of the family of nations – how all members have the same standing.

He will say: “Our Commonwealth family is – and will always remain – a free association of independent self-governing nations.

“We meet and talk as equals, sharing our knowledge and experience for the betterment of all citizens of the Commonwealth – and, indeed, the wider world.”

It comes after Barbados took the historic move of replacing the Queen as head of state in November last year and elected its first president during a ceremony attended by Charles.

Prince William and Kate’s recent Caribbean tour appeared to raise the issue of other nations breaking away from the British monarchy in favour of their own heads of state.

Jamaica’s prime minister Andrew Holness, who has travelled to Rwanda for Chogm, suggested to the Duke and Duchess of Cambridge that his country may be the next to become a republic.

And a few days after the royal couple left Belize, Henry Charles Usher, minister for constitutional and political reform, reportedly told the country’s parliament: “Perhaps it is time for Belize to take the next step in truly owning our independence.

“But it is a matter that the people of Belize must decide on.”

In addition to the UK, the Queen is head of state of 14 Commonwealth countries.

Before the opening ceremony, Charles, who has been joined by Camilla, will meet the Rwandan president Paul Kagame and First Lady Jeanette Kagame, Commonwealth Secretary-General Baroness Scotland, Boris Johnson and his wife Carrie.

After the “family photo” of world leaders, Charles and the Prime Minister are scheduled to hold a potentially awkward meeting following reports the future King branded the Government’s migrants policy “appalling” in private remarks.

However, it is understood the two men are unlikely to discuss the controversial plan to send asylum seekers to the east African country.

During Friday, Charles will host a reception for up to 25 new heads of government and later hold bilateral meetings with leaders at the venue for the opening ceremony, the Kigali Convention Centre.

The Prince of Wales and the Duchess of Cornwall’s visit to Rwanda will end when they host a Chogm dinner for the visiting world leaders.