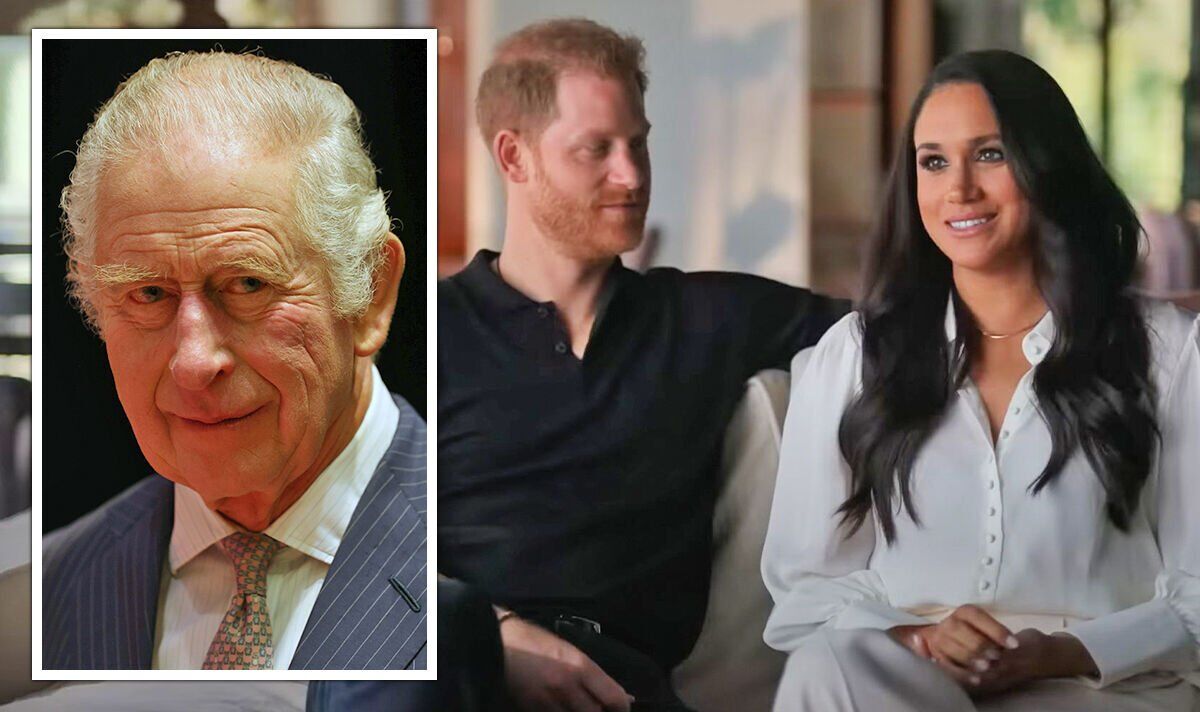 Meghan Markle has fuelled the divide between King Charles III and Prince Harry, according to a royal commentator. However, royal expert Angela Levin said that the King would always “have an open home” for the Duke of Sussex.

Following the release of Prince Harry‘s memoir Spare, royal watchers were astounded by a series of bombshell claims by the Duke about the Royal Family.

However, King Charles has “always loved” his son, but when Meghan Markle came along that all changed, Ms Levin claimed.

“King Charles loves Harry, he’s always loved Harry and always got on very well with him, until, I have to say, Meghan came along,” Ms Levin said.

Any reconciliation between the King and the Prince could be difficult, according to Ms Levin.

Tensions began to flare within the family, according to Prince Harry, ahead of his wedding to Meghan Markle in 2018.

The Duke claimed in Spare that his brother, Prince William, urged him to take it slow with the former Suits actress and even eventually called her “rude”, “abrasive” and “difficult”.

Prince Harry‘s memoir Spare hit shelves on January 10 amid a series of leaks in the press and interviews given by the Duke which made headlines across the world.

Released at a pivotal moment for the Royal Family between the Queen’s death and the King’s Coronation, it became the fastest-selling non-fiction book ever when it sold 1.43 million copies in the US, UK and Canada on its first day.