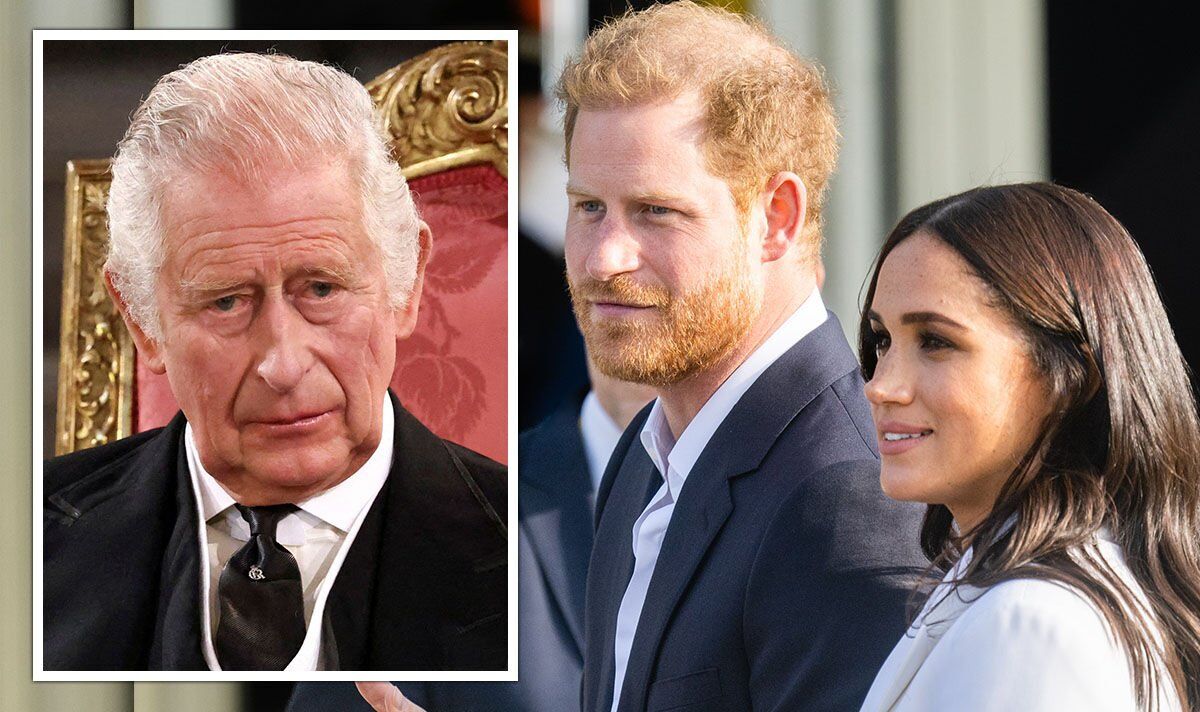 Meghan Markle and Prince Harry have been warned they could be “on the out for decades” from the Royal Family after making damaging claims in a whirlwind of interviews since stepping down from royal duties in March 2020. The Duke of Sussex’s controversial memoir includes claims that the Prince of Wales physically attacked him and teased him about his panic attacks, and that the King put his own interests above Harry’s and was jealous of the Duchess of Sussex and the Princess of Wales. Royal author Christopher Andersen has since claimed the Royal Family may “close ranks” against the Sussexes.

Speaking to Us Weekly’s Royally Us, he said: “The Royal Family are perfectly capable as we know from the story of Wallis Simpson, when the Royal Family close ranks you can be on the outs for decades.

“It’s not as if Meghan and Harry don’t have a life of their own now.

“Unlike the Duke and Duchess of Windsor who were king of exiled and lived this bizarre social life in Paris.

“Harry and Meghan do have an important existence. They have philanthropies, causes and big public platforms.

READ MORE: Meghan and Harry’s title in jeopardy as Charles to ‘channel’ Queen

“That would make it easier in a sense to be shut off by the rest of the Royal Family because the royals don’t feel they’ve sent them off.”

Harry said he had enough material for two books, but he held back because he does not think his father and brother would “ever forgive” him.

The headline-grabbing autobiography Spare, which hit the shelves on Tuesday, includes claims that the Prince of Wales physically attacked him, and that the King put his own interests above Harry’s and was jealous of the Duchess of Sussex and the Princess of Wales.

In an interview with Bryony Gordon of The Daily Telegraph, Harry said: “It could have been two books, put it that way.”

“Because I don’t think they would ever forgive me.

“Now you could argue that some of the stuff I’ve put in there, well, they will never forgive me anyway.

“But the way I see it is, I’m willing to forgive you for everything you’ve done, and I wish you’d actually sat down with me, properly, and instead of saying I’m delusional and paranoid, actually sit down and have a proper conversation about this, because what I’d really like is some accountability.

“And an apology to my wife.”