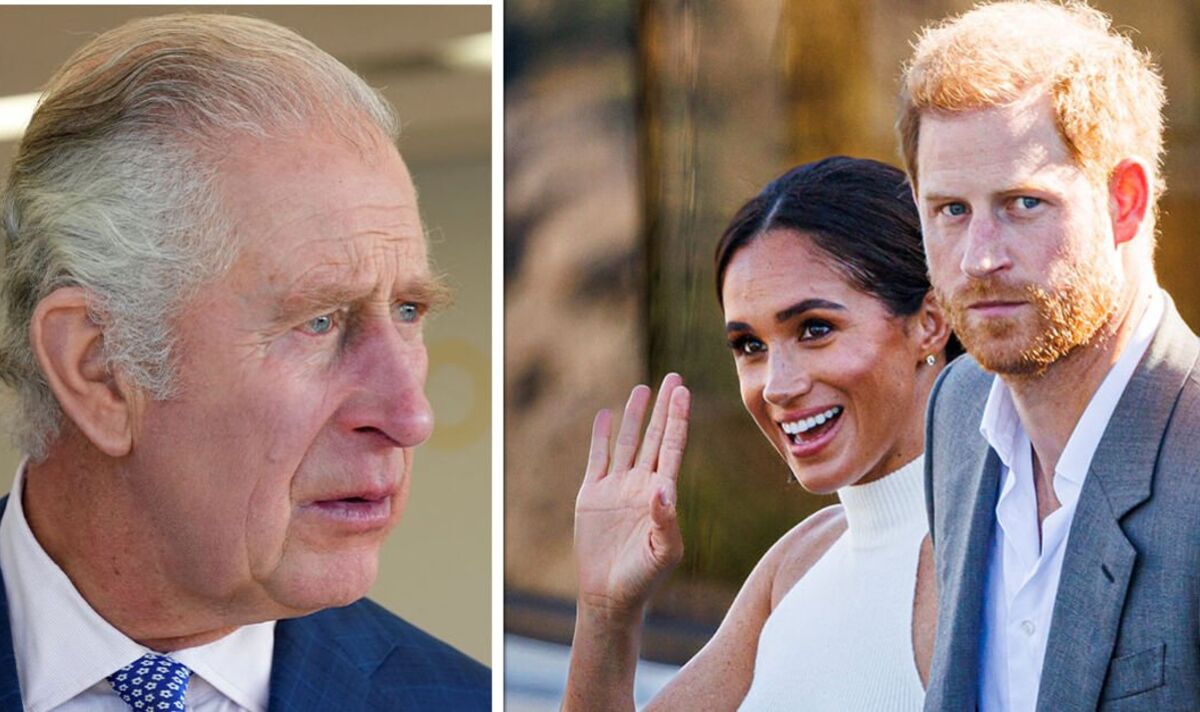 King Charles is poised to face another royal crisis, as Meghan Markle and Prince Harry could release their Netflix docu-series in weeks. While the title, the content and the exact release date of the docu-series remain unknown, it will be on top of the King’s concerns, a royal biographer claimed.

The Palace Confidential’s host Jo Elvin said it is “good news” because he has inherited the “too difficult folder”.

Asked what is top of the pile, Mr Hardman said: “I think the Duke of Sussex’s book is an issue, the Sussexes’ film with Netflix – that’s an issue.

“But in the same way as the Queen, he approaches these things as like her father taught her when he wa in the navy.”

Mr Hardman said: “Storms pass and you get on with it.

“And sometimes, you have to batten down the hatches.

Despite the upcoming royal crises, the royal biographer believes “the main focus is going to be coronation and after that, we’ll get over the idea of the newness of the reign.

“Then, it becomes a settled new order. And I think that’s uppermost in his mind.”

Netflix still has not acknowledged a Netflix series is planned but unnamed sources have revealed the highly-anticipated series could hit the streaming giant as soon as December.

Meghan and Harry first signed a multi-year deal with Netflix in September 2020, with The New York Times reporting that the California-based couple would exclusively create documentaries, docuseries, feature films, scripted shows and children’s programming for the Archwell Productions.

Asked what royal fans can expect from the docuseries, Meghan told Variety: “It’s nice to be able to trust someone with our story — a seasoned director whose work I’ve long admired — even if it means it may not be the way we would have told it.

“But that’s not why we’re telling it. We’re trusting our story to someone else, and that means it will go through their lens.”

DON’T MISS:
‘Too late for Keir to U-turn on migration’ [REPORT]
Meghan and Harry pose for photo with ‘thrilled’ podcast guest [REPORT]
Sussexes hope time after book will ‘cool tensions’ before coronation [REPORT]